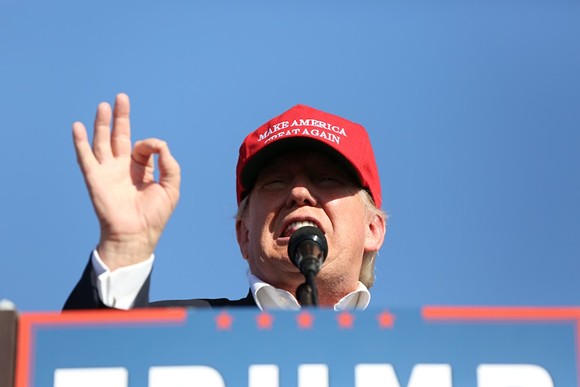 The latest fundraising numbers are out for pro-Trump super PAC America First Action, and they tell an interesting tale.

@realDonaldTrump Your brilliance has fueled the most epic turn of events in the history of politics. God bless the inevitable – Trump wins!

In March 2016, Owoc tweeted support of the then presidential candidate, posting, "Your brilliance has fueled the most epic turn of events in the history of politics. God bless the inevitable – Trump wins!"

This makes sense considering he also hangs out with Donald Trump Jr.

Happy Birthday @kimberlyguilfoyle!! 🎉❤️ You are beautiful, courageous, and selfless! I am so proud to be your friend! 🙏🏼🌹It was such an incredible honor to be invited to such an exclusive and beautiful event at @themaralagoclub! ✨ This was literally the best day of my life, being in the presence of our fearless leader, President Donald Trump @realdonaldtrump, First Lady Melania Trump @flotus, Ivanka Trump @ivankatrump, Donald Trump Junior @donaldjtrumpjr and our incredible friends @kimberlyguilfoyle @realdrgina @johnwloudon @kayajones @globalstallion! 🇺🇸❤️ Love you guys and God Bless America! . . #maralago #happybirthday #maga #americafirst #america #westpalmbeach #leadership #kimberlyguilfoyle

The president's oldest son tagged Owoc in a post describing a fishing outing they went on back in March. 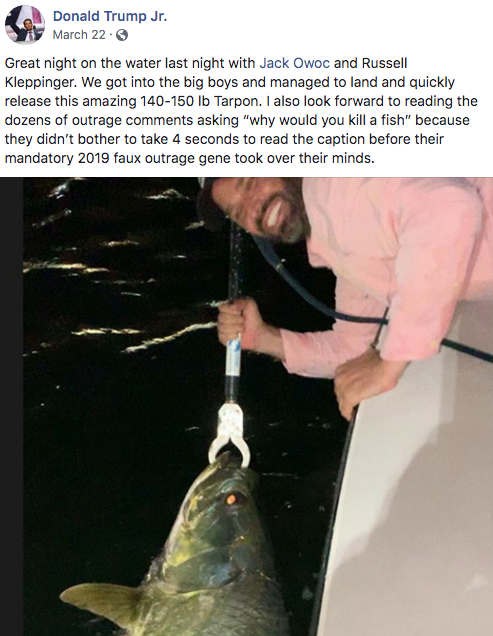 To complete the circle, there's a photo of Owoc and his wife Meg celebrating Kimberly Guilfoyle's birthday with her boyfriend, Trump Jr. Guilfoyle works at the PAC in question, America First Action.

Besides all that, Bang Energy in and of itself has a weird history.   It's being sued by Monster Energy drink, for one, on false advertising claims. While Bang claims to be a healthy fitness drink with a "super creatine" compound, Monster is alleging it's not scientifically proven that super creatine does anything, nor is actual creatine present in the beverage.

In a super strange YouTube video Owoc says the components in the energy drink have can even cure forms of dementia, specifically naming Alzheimer’s, Parkinson’s and Huntington’s.