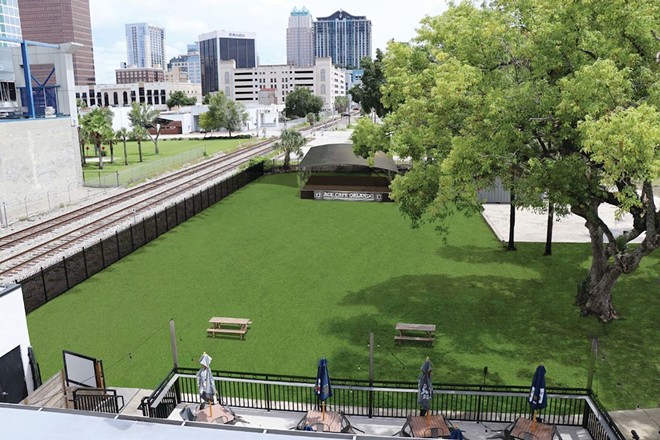 Ace Cafe Orlando has officially pulled permits with the city to build their outdoor events space, to be called the “Backyard at the Ace.”

Site plans originally referenced an outdoor patio venue for concerts and events a little over two years ago, when the brand first announced Orlando as the first North American space for Ace Cafe. The chain was founded in London and has locations there and in Lahti, Beijing, Lucerne and Barcelona.

The company says the last two years have seen steady growth, leading them to venture into the outdoor expansion, sometimes a risky move in the Florida heat. They are confident enough in the space to move forward, allowing them to fit large-scale events outside in the downtown Orlando space.

“We have recognized that there is a growing need for more space – and particularly special event space – at Ace Cafe Orlando,” said Jimmy Forster, director of operations for Ace Cafe Orlando.

The expansion will occur on the south side of the property and will include 15,000 square feet of artificial turf, new fencing and lighting, and electrical connection throughout the area.

The expanded area will have a "festive party vibe," with patio games and cantina party light strands hung overhead from the trees and posts. The "beer garden" concept will include speakers for music and space for a stage for larger concerts and events.

“This expansion and build-out sets up the Ace for our next level of growth, allowing us to continue to serve as a welcoming destination for individuals and now, even larger groups,” said Forster.

The Backyard at Ace Cafe is expected to finish construction in "late summer," and Ace Cafe will announce a grand opening party at what will be one of the largest food, beverage and retail event venues in Central Florida.