Orlando vigil to honor victims of El Paso and Dayton 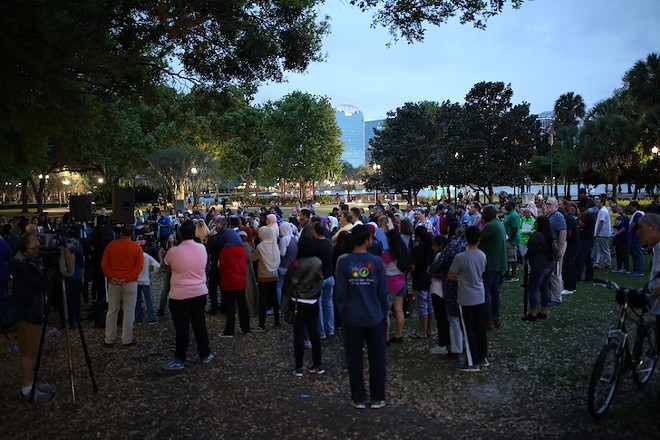 A vigil in Orlando this Friday will commemorate the 31 lives lost in two mass shootings over the weekend.

Rep. Anna Eskamani, D-Orlando, and a number of activist groups including Florida League of Women Voters, Florida Coalition to Prevent Gun Violence and Moms Demand Action are putting on community vigil pledging to "honor them with action."

Join #Orlando @MomsDemand, @AnnaForFlorida, @march4livesORL along with other great local groups at the Orlando Stands Against Gun Violence: Community Vigil this Friday 8/9 at 5PM. https://t.co/d5cr3no7SH#HonorThemWithAction

At least 22 people died in El Paso, Texas, when a gunman opened fire at a Walmart during peak back-to-school shopping hours. A day later, at least nine died in a shooting in the nightlife district of Dayton, Ohio.

The shootings have revived the debate for harsher gun laws amid reports that the semi-automatic weapons used in both killings are legal to buy in the United States.

The El Paso shooting has led politicians to denounce white supremacy following the release of a manifesto by the alleged shooter blaming Latino immigrants for taking jobs from Americans.