Theme parks top the list of places to avoid, as Venezuela and Uruguay warn against U.S. travel 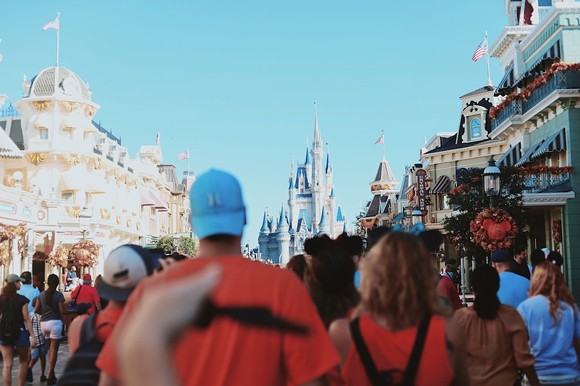 Days after mass shooters in El Paso, Texas, and Dayton, Ohio, killed more than 30 people, Venezuela and Uruguay are both warning their citizens to exercise caution when traveling in the United States on Monday, starting with theme parks.

"Given the impossibility of the authorities to prevent these situations, due among other factors, to the indiscriminate possession of firearms by the population, it is especially advisable to avoid places where large concentrations of people occur, such as theme parks, shopping centers, festivals artistic, religious activities, gastronomic fairs and any kind of cultural or sporting events," reads the advisory by the Uruguayan Ministry of Foreign Affairs.

The Winter Park Sidewalk Art Festival, for example, welcomes "more than 350,000 visitors each year" over two days. In fact, many of Orlando's biggest events host more people than the Gilroy Garlic Festival in Gilroy, California, scene of the mass shooting on July 28, 2019. That festival estimates 100,000 annual attendees.

The El Paso shooting, which killed 22, included eight Mexican people among the dead. The suspected shooter published a manifesto online about a "Hispanic invasion of Texas" ahead of the attack.

The Uruguayan advisory alerts "compatriots traveling to the United States" to "take extra precautions before the growing indiscriminate violence, mostly for hate crimes, including racism and discrimination, which cost the lives of more than 250 people in the first seven months of this year."

The advisory continues, "it is recommended not to go with minors to these places." That puts a damper on the whole Happiest Place on Earth idea.

Venezuela issued a statement as well, with Foreign Minister Jorge Arreaza advising citizens to "take extreme precautions or postpone their travels in the face of the proliferation of acts of violence and hate crimes."
Venezuela cited the El Paso and Dayton shootings specifically, and listed places to avoid, including Atlanta, Buffalo, Cleveland, Memphis, Oakland, St. Louis, Birmingham, Alabama; and Stockton, California. Uruguay specifically warned against traveling to Baltimore, Detroit and Albuquerque, citing them as among the 20 most dangerous cities in the world listed by "a Ceoworld Magazine 2019 index."

The U.S. State Department issued a travel warning earlier this year against Venezuela, due to political turmoil in the country. The U.S. State Department also raised its travel advisory level for Uruguay on Friday, “due to an increase in crime.”
While no Florida cities were mentioned specifically by the advisories, our tourism economy stands to lose more than many of the cities listed. We will continue to follow tourism advisories and their effects on Florida.