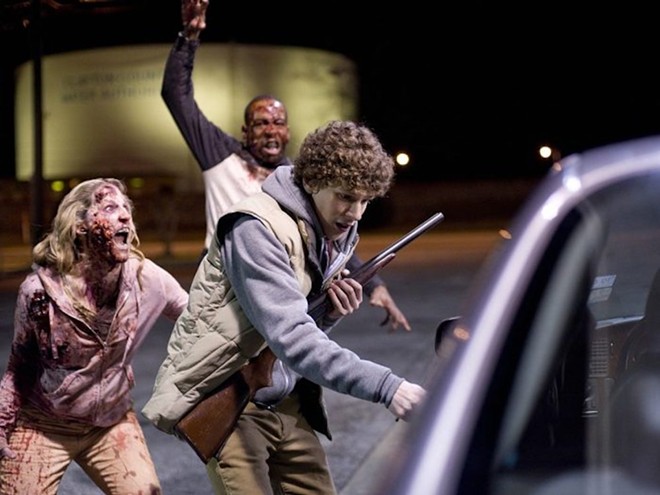 Yes, visitors should expect five "scare zones" dedicated to all things zombie-related, the park announced Monday. The areas will draw inspiration from the 2009 cult hit Zombieland (along with its sequel) and from the music of rocker, film director and horror enthusiast Rob Zombie.

Here's the breakdown on the scare zones: One is Zombieland-themed and set in New York. There's one set in San Francisco and based on Rob Zombie's metal horror music (monsters included of course). Another one will have an '80s-inspired arcade full of slashers with chainsaws. One zone will have skeleton Vikings (expect gore). Finally, the last zone is Hollywood-themed, with some type of cringe-worthy horror art planned.

This is all alongside the 10 "elaborately themed haunted houses" that will be on site for the annual scarefest.