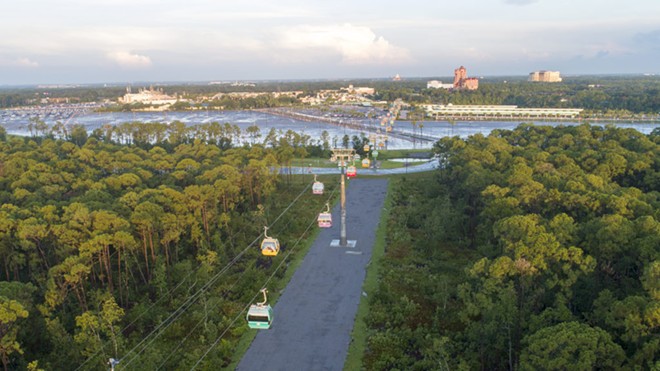 One of the most anticipated announcements at next week’s D23 Expo will be the upcoming 50th Anniversary celebration for Walt Disney World.

The yet-to-be-announced, resort-wide event is expected to be one of the biggest events in the history of Walt Disney World. Industry insider Jim Hill says the company expects to sell out every hotel room throughout the resort for the entirety of 2021.

According to various insiders, most notably user WDW1974 on the WDWMagic forums, Disney is planning to celebrate its 50th anniversary by marketing a list of 50 enhancements across the resort. Some of those will be brand-new offerings, like the Skyliner and the two new Epcot attractions, but many of the other "enhancements" will be smaller things added to existing attractions.

Hollywood Studios is rumored to be adding new effects in the Tower of Terror drop shaft, updated dining experiences, and, of course, the new Mickey Mouse dark ride. Epcot will see some of its offerings included in the golden anniversary marketing, but many of its biggest projects will open in the mid-2020s. It’s rumored that Spaceship Earth may be closed for a significant rehab throughout all of 2021.

Animal Kingdom will likely present a new nighttime show, but no significant additions are expected within the next 18 months to two years leading up to the anniversary.

Much of the focus of the celebration will be the Magic Kingdom and the Seven Seas Lagoon resorts that opened in 1971.

The Tron coaster now under construction will likely be heavily used in marketing for the anniversary. Tron, Epcot’s two new attractions, and DHS’s three new attractions are by far the largest new projects opening ahead of the 50th, but many smaller improvements are expected as well. At the Magic Kingdom, nearly every iconic attraction will experience some type of tweak.

Big Thunder Mountain is rumored to be getting projection mapping in the tunnel scene, like Disneyland’s version received a few years ago, along with a few other small changes.

Over in Fantasyland, It’s a Small World will see the addition of the Mary Blair-style Disney character dolls that both the Disneyland and Hong Kong Disneyland versions received in recent years. These characters are added to the existing scenes; there'll be no significant change to the overall attraction.

Across the pathway, Peter Pan’s Flight will also get small enhancements similar to those that the Disneyland version got ahead of that park’s 60th anniversary. The Disneyland updates included adding stereophonic sound, an improved nursery scene, a new London scene, Tinker Bell pixie dust projection mapping, and Neverland overview enhancements. 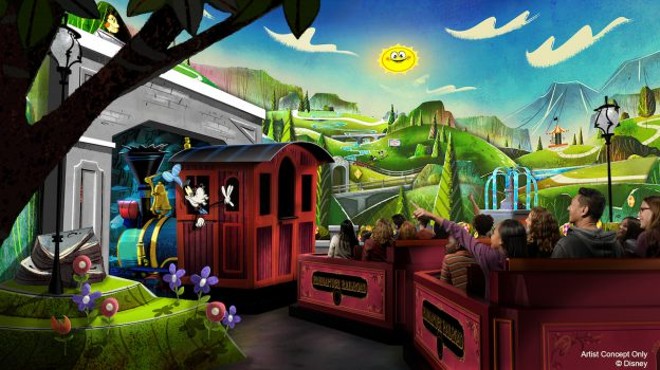 The Walt Disney World Railroad may see some new scenes. The addition of the Tron building will also drastically alter the ambiance of the train ride through the Tomorrowland area.

Tomorrowland will see the most significant improvements with the new Tron coaster, a rumored TRON update to the Tomorrowland Speedway, enhanced scenes possibly added to the PeopleMover, and perhaps a new attraction in the space formerly used for Stitch’s Great Escape. The Carousel of Progress will likely see a new final scene, new more lifelike animatronics, and a new queue video.

A nighttime parade, a new fireworks show, and new floats added to the daytime parade are also all expected, though in recent months the chances of a nighttime parade seem to be less likely as the once retired Main Street Electrical Parade was pulled into service at Disneyland to help draw the locals back to the park. With it now being out of retirement, Disney may opt to use it in Orlando instead of investing in a brand new nighttime parade.

The Electrical Water Pageant, which hasn’t been touched since the mid-1970s, is thought to be receiving an overhaul that will be timed with the new pathway currently being built between the Grand Floridian and the Magic Kingdom. This pathway will temporarily block access to the Electrical Water Pageant’s storage facility with Disney using this inconvenience as an opportunity to overhaul the parade adding new floats themed to Moana and The Little Mermaid.

Like all anniversary events at Disney, the WDW 50th is expected to last longer than just 12 months. It’s thought that it will begin in early 2021 and continue until the end of September 2022. Of course, a massive celebration is expected to take place on the actual anniversary on October 1, 2021.
After the expected confirmation of the anniversary celebration at next weekend’s D23 Expo in Anaheim, Disney will be begin rolling out the updates over the next 18 months.