by Colin Wolf and NSF 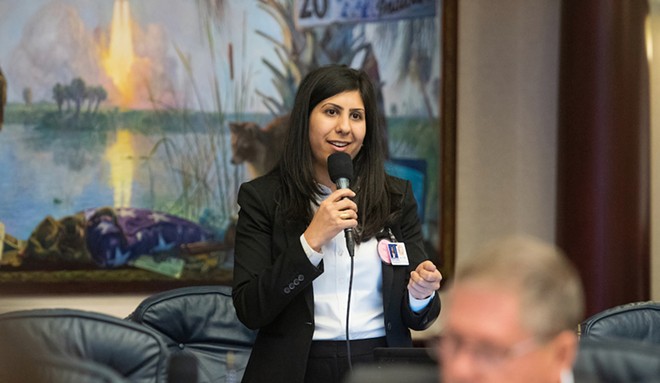 Rep. Anna Eskamani, D-Orlando, filed the proposed resolution (HR 51) for consideration during the 2020 legislative session, which starts in January. The proposal points to a nationwide increase in hate crimes in recent years and cites incidents such as the shooting this month at an El Paso, Texas, shopping center that killed 22 people.

“Our state cannot be silent while hateful expressions of intolerance brew in our nation that are contradictory to Florida’s values and our nation’s integrity,”said Representative Eskamani in a statement. “It’s our responsibility as lawmakers to demonstrate how un-American these dangerous philosophies are, and to come together against white supremacy and white nationalism.”

Under the resolution, the Florida House would say that “white nationalism and white supremacy are rejected and condemned as hateful expressions of intolerance that are contradictory to the values that define the people of Florida and the United States.”

“This resolutions transcends party lines," continued Eskamani. "I hope we can find common ground in the notion that white supremacy and white nationalism has no home in the State of Florida.”

Sen. Janet Cruz of Tampa tweeted to Eskamani Tuesday afternoon that she would be "Happy to sponsor [the resolution] in the Senate."