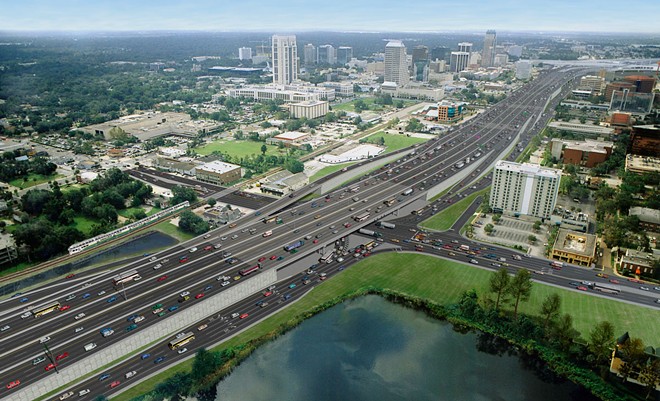 Remember when Interstate 4 was named the deadliest highway in the nation in 2017, even before the treacherous, Mad Max-style "I-4 Ultimate" construction began?

Now Orlando is receiving $400,000 to create art installations along I-4. It's part of a beautification project to help drivers forget about the "old I-4" once construction (eventually) ends.


The money comes from an I-4 Project art endowment set up by I-4 Mobility Partners, the Florida Department of Transportation and SGL Constructors. They are awarding other cities along the I-4 corridor with art installment funds, but Orlando gets the biggest piece of the pie.

Maitland received $200,000, Winter Park got $150,000, Altamonte Springs was awarded $200,000, Eatonville got $225,000 and Orange County also received $225,000. Each municipality will be in charge of coming up with their own criteria and application process for artists who seek to hop on the project.

The announcement for the beautification project comes at a time when I-4 Ultimate doesn't exactly look pretty. There have been four reported deaths and dozens of injuries amid the reconstruction and widening of the 21-mile stretch of interstate, according to an Orlando Sentinel analysis.
The project is still nearly a year overdue from its projected early 2021 completion date, and at least $100 million over budget. 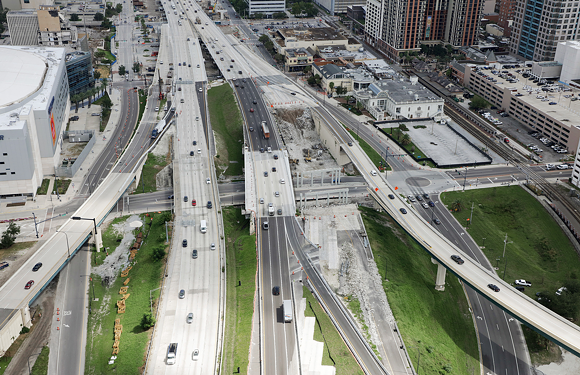