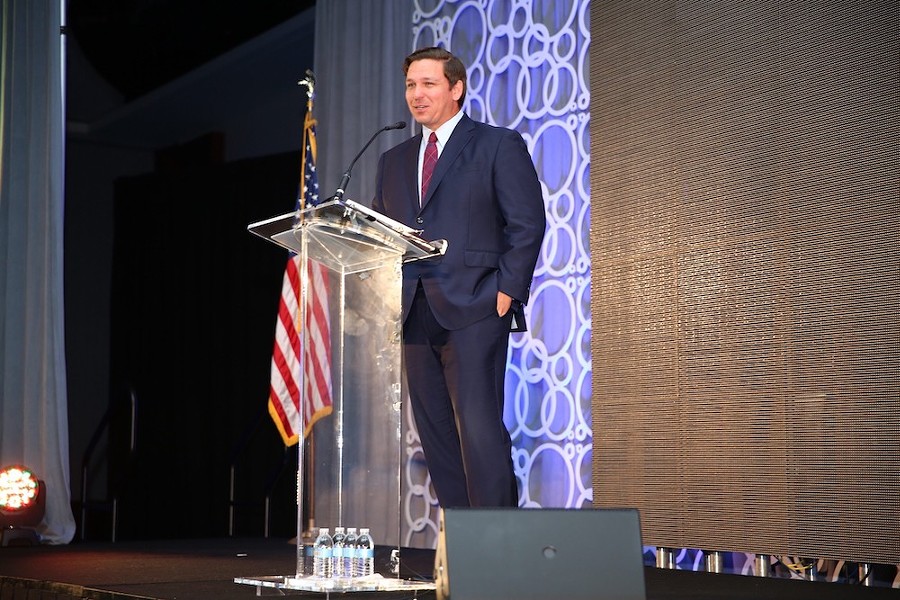 As state economists warn that the economy is slowing, Gov. Ron DeSantis believes Florida is better positioned for a recession than it was a decade ago.

Speaking at the Florida League of Cities' annual conference last Friday, the Republican governor pointed to the state continuing to hold top-line credit ratings and receiving positive media comparisons to Northeastern states for its “fiscal plans,” and for having amassed a sizable reserve amid a record $90.3 billion spending plan for the current fiscal year.

“I think we are much better positioned to weather an economic downturn then we were in 2008, 2009, when we really took it on the chin there,” DeSantis said in a speech (see video, below). “I think we’ve been able to expand the base and build better economic resiliency here.”

DeSantis’ outlook was more restrained than that of White House officials, when they were asked about the national economy while making the rounds of the Sunday morning news programs.

President Donald Trump’s economic advisor Larry Kudlow insisted on Fox News Sunday that he didn’t “see a recession at all.”

“The Trump pro-growth program, which I believe has been succeeding, lower tax rates, big rollback of regulations, energy opening, trade reform, we’re going to stay with that,” said Kudlow.

Kudlow also praised a proposal floated by U.S. Sen. Rick Scott, a Florida Republican who is close to Trump, that would return money collected from tariffs on China to Americans in the form of tax reductions.

“I spent the better part of 20 years forecasting the business cycle and stock market trends, and what I can tell you with certainty is that we're going to have a strong economy through 2020 and beyond with a bull market,” Navarro said.

Questions have been raised about the economy as the nation’s manufacturing sector contracted 1.9 percent in the first quarter and by 1.2 percent in the second quarter, due to increased trade tensions and reductions in foreign markets. The U.S. stock market suffered its worst losses of the year last week.

DeSantis’ comments also came on the heels of another positive jobs report for the state, with the Department of Economic Opportunity on Friday estimating a 3.3 percent jobless rate, down from 3.4 percent in June.

Having an unemployment rate “just a hair over 3 percent” is a “great problem to have,” DeSantis said.

But, echoing what he’s said before, the governor acknowledged that the economy is “naturally cyclical” and the state needs to prepare for when the unemployment rate goes up.

“We don’t want anything bad to happen, but the reality is what it is,” DeSantis said.

The state estimate reflects 344,000 jobless Floridians out of a workforce of 10.35 million, well down from a decade ago when Florida’s unemployment rate approached 12 percent. In December 2009, there were an estimated 1.087 million jobless Floridians from a labor force of 9.2 million.

Friday’s Florida jobless report was released two days after government economists projected the state will take in about $867 million less in revenue over the next two years than anticipated.

The forecast is based in part upon a slowing economy and reverberations of financial decisions, including the loss of approximately $350 million in annual payments from the Seminole Tribe of Florida and a $543.2 million reduction in corporate income tax revenues.

Business-backed nonprofit organization Florida TaxWatch, however, wasn’t as dire as the economists, noting that collections for the fiscal year that ended June 30 exceeded expectations by $507.2 million, “mitigating the estimate reductions.”