Midwestern paragon Austin Lucas is another one of the folk-punkers who made their early break through our city and, at the beginning of this decade, was such a regular fixture on the Orlando scene that he was a virtual local. Since then, his life has taken him far with dramatic turns both upward and down. His star rightfully rose and he got signed to some tastemaking Americana labels. But then he sustained a drinking problem, a divorce and more on the flip side, some real Behind the Music shit.

Now Lucas returns to Orlando in the midst of a return to his own roots. And it’s showing in his music and mien. His latest album Immortal Americans – which boasts star credits like Centro-matic’s Will Johnson (co-producer) and Steve Albini (recording and mixing) – is directly informed by his childhood Indiana hometown, to which he’s recently come back to resettle and reset.

That’s the thing about life mileage. It shapes you. And depending on how you handle it, it can either weather or chisel you. Well, it’s manifest in the way he sounds and even looks that Austin Lucas is a different man now. Just as clear is which way he’s gone. 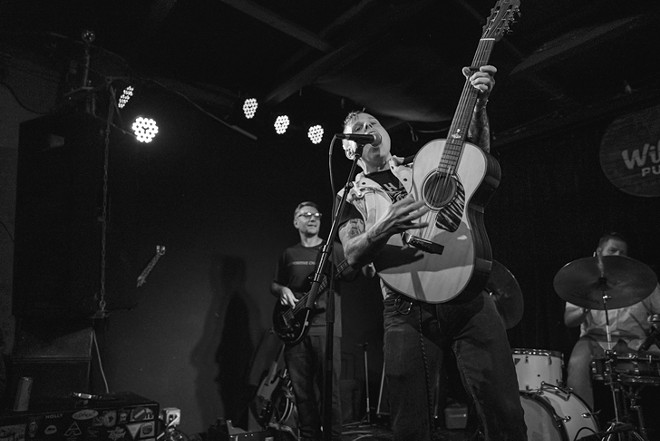 The battle scars are evident, worn openly even, but he’s in top fighting form. No longer the picture of a country-graced cherub, Lucas has shed over 100 pounds and now comes with a whole new bearing. A newfound combination of wisdom and edge, his face wears the life he’s led while his onstage banter balances raw emotional candor with unapologetically leftist provocation, all of it shot straight.

This was a full-band return with an ensemble named the Bold Party, a quartet with the boost of a pianist-organist, and it was probably the most rocking set I’ve seen from him over the years. But when you’re talking about Austin Lucas, not all that flourish is necessary. When he went off mic, brought the crowd in close and went straight-up choral with his band backing him up only on vocals, it produced the most moving moment of the night.

The fact that he’s in the best physical shape seen so far is a mirror of where Lucas is both as musician and man. He’s back in the saddle with a deep well to draw from and something new to say.

Also performing were Jordan Foley & the Wheelhouse, the quality local country-rock band whose drummer I’m only partially certain is not Yanni undercover. 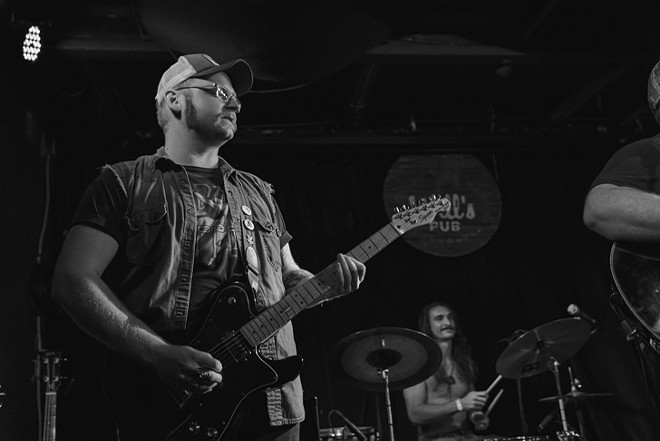 I recently trumpeted them here but this was yet another crisp, muscular and convincing set.

However, one notable thing that emerged from the show connecting Foley with the headliner is Central Florida luthier Stacy Adams. Both Lucas and Foley proudly showed off their handmade original guitars by Adams on stage (with Foley’s making its shiny, black debut) in salute to the man himself, who was in attendance. 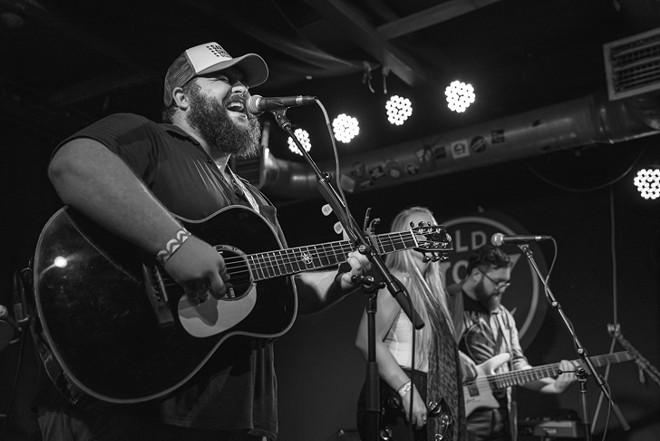 Opening the evening was local indie-folk riser Amy Robbins, who continues to show the growth of her supple confidence with singing that’s well-perched between sweet and hearty. This time she came with a single but very solid accompanist, Bill Winborne, whose backing on electric guitar and sax gave Robbins’ songs some novel and interesting setting. 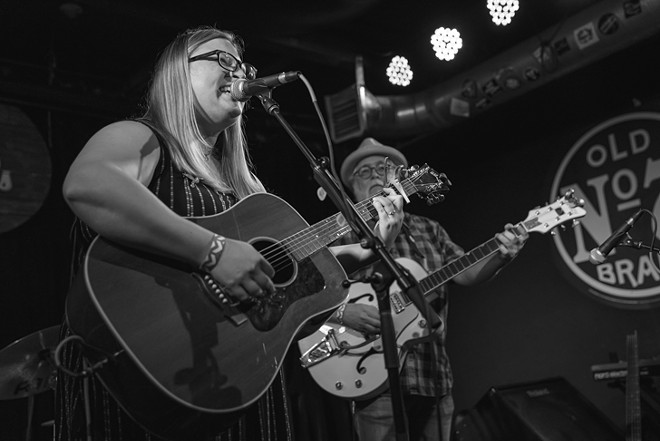 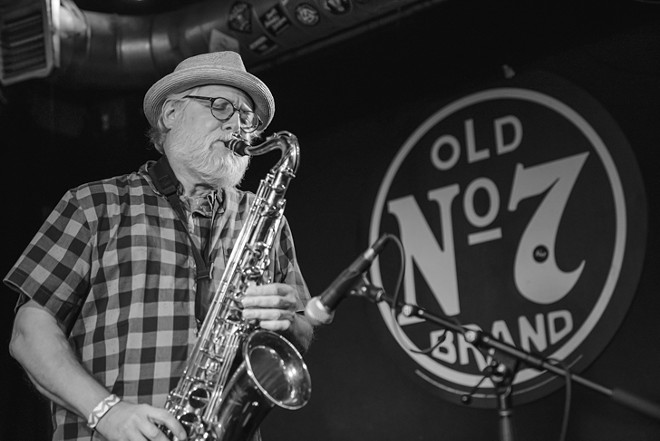