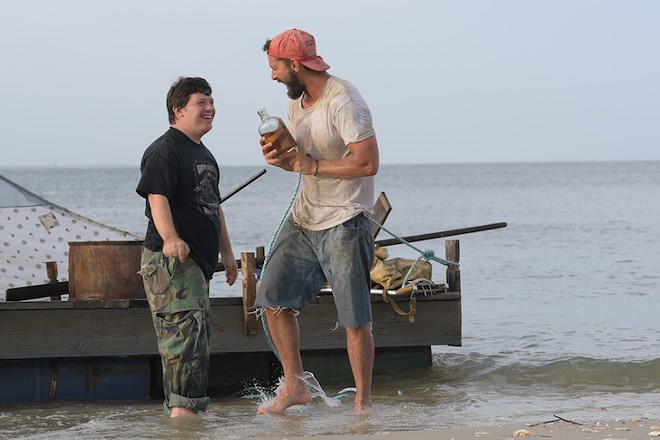 The Peanut Butter Falcon is shining a spotlight on one of Florida's own, Zack Gottsagen.

Gottsagen, a Boynton Beach actor with Down Syndrome, starred in the critically-acclaimed indie movie with Shia LaBoeuf and Dakota Johnson. For real, it has 98 percent on Rotten Tomatoes.

It tells the story of a man with Down Syndrome who breaks out of a nursing home and goes on a quest of sorts to find a wrestling school.

Years earlier, he was the first student with Down syndrome "to be fully included in the Palm Beach County school district," according to his biography. He picked up his acting skills right here Florida, graduating from Dreyfoos School of the Arts with a theatre focus.

Now 34, he's posing between the LaBoeuf and Johnson at red carpet premiers and getting a write-up in PEOPLE magazine. Gottsagen told the magazine he grew up watching Even Stevens.

“People think that someone with Down can’t do things,” Gottsagen told PEOPLE. “I want to prove them wrong. If they watch me in a movie, maybe they’ll think that they can do anything too. Maybe someone else with a disability will follow their dreams because of me.”

Doing movies is exactly what landed Gottsagen the part. Writers Tyler Nilson and Michael Schwartz wrote The Peanut Butter Falcon with Gottsagen in mind following his performance in the film Bulletproof.