Tropical Storm Dorian likely to become a hurricane by Tuesday 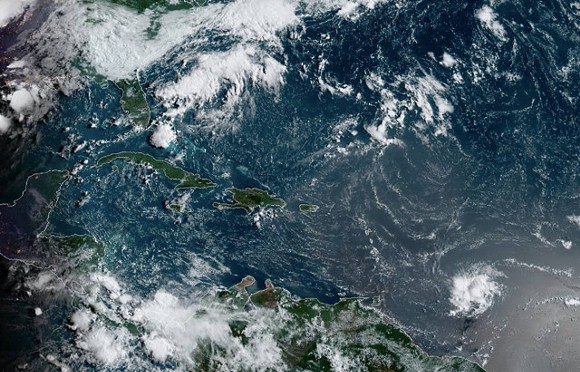 In a Sunday advisory at 8 a.m., the NHS said Tropical Storm Dorian, which is moving 10-15 mph roughly 515 miles east-southeast of Barbados, has maximum sustained winds of 40 mph and is expected to gradually increase in strength over the eastern Caribbean Sea.

“The tropical storm is forecast to move generally west-northwestward at a similar forward speed for the next several days,” said the NHS. “On the forecast track, Dorian is expected to be near the central Lesser Antilles on Tuesday.”

A tropical storm watch has been issued for Barbados.

As of now, the NHC says Dorian is expected to be a Category 1 hurricane with maximum sustained winds of 80 mph before weakening by Wednesday. However, the center also noted that “it is too soon to determine the specific timing or magnitude of impacts in the Lesser Antilles, but tropical storm or hurricane watches will likely be needed for a portion of the islands on Sunday.”

Look for more updates on Dorian throughout the day, but as of now it is still way too far out to determine if it will play any major role in Florida’s weather.

Besides Dorian, a low pressure system moving away from the coast of Florida is also being watched.That system has an 80 percent chance of developing into a tropical depression over the next five days, says the NHS.