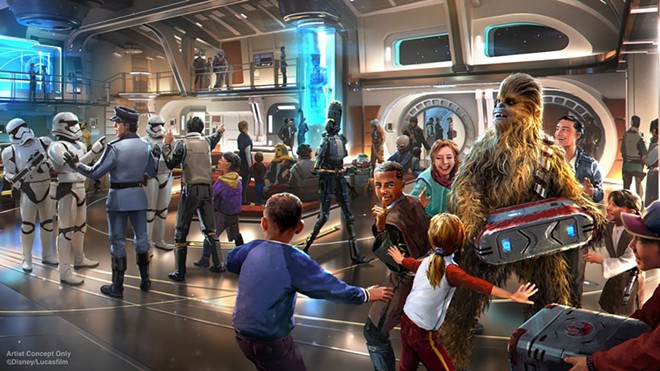 Plenty of focus at this weekend’s Disney Parks, Experiences, and Products panel at D23 Expo was on Epcot’s transformation, but the rest of Walt Disney World isn’t being forgotten. With billions of dollars in new investments across the resort ahead of its 50th Anniversary there will be plenty for guests to experience for the first time. Bob Chapek confirmed the resort will have unique anniversary food, beverages, merchandise, and entertainment offerings at all four theme parks.

While most of the projects have been previously announced, Disney shared new details on many of them. 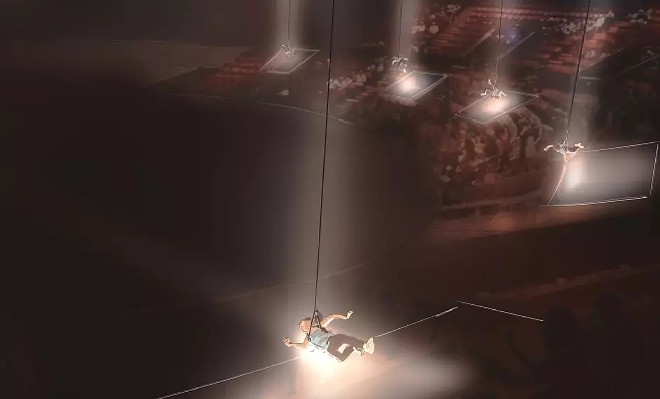 Over at Disney Springs, a brand-new Cirque du Soleil will debut in March. Working directly with Walt Disney Imagineering and Walt Disney Animation Studios, Cirque du Soleil will follow a little girl as she is transported into the world of Disney animation, imagined in unique new ways thanks to Cirque’s unique acrobatics and special effects. New animation scenes were created and Disney musical scores were reimagined for the upcoming show.

The celebration of Disney animation continues at Reflections: A Disney Lakeside Lodge, which likely won’t open in time for the 50th Anniversary, but will have a new Princess and the Frog-themed table service restaurant when it opens. Treehouse suites and over-the-water bungalows will be offered at the DVC-anchored resort.

Reflections isn’t the only new overnight accommodations at WDW. In the shadow of Galaxy’s Edge will be a brand-new Star Wars-themed multi-day experience. Star Wars: Galactic Starcruiser will offer two-night, three-day fully immersive experience that includes a “port day” at Black Spire Outpost (Galaxy’s Edge). Guests will check-in at the Galactic Starcruiser Terminal then will take a Launch Pod to the Halcyon ship. No traditional windows or outside areas will be found on the "ship," with only digital "portholes" looking out into space.
[image-12] Hollywood Studios will be opening the new Mickey & Minnie’s Runaway Railway in Spring 2020. An updated Chinese Theater will feature a classic neon marquee-inspired sign. A second version of Runaway Railway is also in the works for Disneyland in California.

New renderings for the TRON coaster now under construction at the Magic Kingdom confirm a tunnel segment will be added to the Walt Disney World Railroad. While the Shanghai version is known as the TRON Lightcycle Power Run, the Magic Kingdom version looks to have dropped "Power" from the name. Also, the ride vehicles seem to be slightly larger than the Shanghai ones, which are known to be small for many plus-sized American guests.

Navigating the tens of thousands of acres and nearly unlimited offerings that make up Walt Disney World can be overwhelming, but Disney is looking to help guests thanks to a new “revolutionary, digital” app, Disney Genie. The touring optimization app will have built-in dining reservations, FastPass+ ride reservations, and unique offerings based on each users preferences.

This next step in the multi-billion-dollar MyMagic+ system looks to address some of the most common complaints of the current system. Disney Genie will be rolled out slowly over 2020 with all guests having access to it by the end of the year.

Notably missing from the presentation this year was any mention of new offerings at Animal Kingdom. Now the second-most-visited theme park at WDW, and the third-most-visited in the nation, rumors of a new nighttime show and update to Dinoland have stretched back years but for now it looks like Disney is instead keep the focus on the other three parks with the majority of it centered around wrapping up the current projects at Hollywood Studios and shifting to fixing the ailing Epcot. As is usual, there was no mention of the water parks, but a Target ‘near’ Walt Disney World was announced, likely heading to Flamingo Crossings. 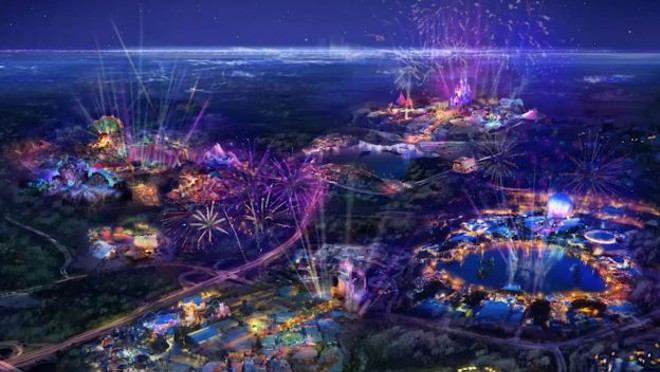