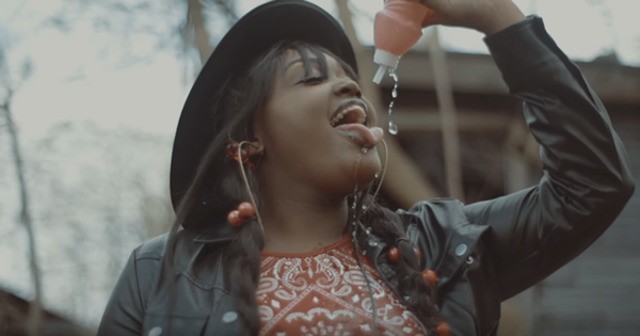 Someone is getting a little richer at Cupcakke’s Sept. 22 Orlando show at the Social. That’s right, the Chicago rapper sucks, ducks, and is sex-positive — and she's bringing her microphone deep-throating to her fans, aka “Slurpers,” along with some cash.

Anyway, CupcakKe took to Twitter to announce the details for her upcoming $10K Tour, during which the “Old Town Hoe” claims she will be giving away $10,000.

$10,000 giveaway! Official dates! I will be picking a random every night!!! To win Must hashtag #the10ktour with a screenshot of your purchase !!! Even if you buy tickets at door take a screenshot & hashtag it & I’ll pick the winner the night of each show https://t.co/z4vCj459XU pic.twitter.com/LtmsuXx2Gx

While it was not made explicitly clear in her tweet, the folks over at Stereogum used their noggins to deduce that CupcakKe is probably not making it rain $10,000 each night; rather, the site said she'll probably give out that amount over the course of her 21-date run, which includes a return to the City Beautiful next month.

So, the math breaks down to $476.19 per performance which is still pretty cool and very on-brand, as CupcakKe has been known to be hella charitable — giving back to Twitter followers who are struggling (notably, an LGBTQ youth who was kicked out by his family) as well as to the homeless shelter she once lived in.

Tickets start at $23 and are available via eventbrite.com.