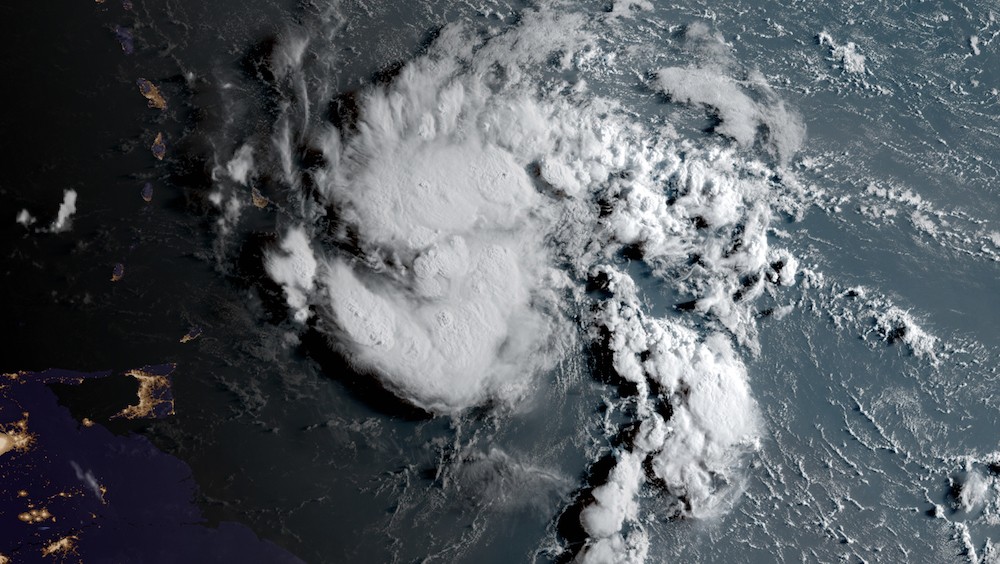 Most of Florida could see a wet Labor Day weekend, with the East Coast facing tropical-storm force or stronger winds from Tropical Storm Dorian.

Based on the current track of #TropicalStormDorian, all residents on the East Coast should prepare for impacts, including strong winds, heavy rain and flooding. Make sure to have your supplies ready and follow @FLSERT and local media for the latest updates on the forecast.

With South Florida Water Management District meteorologists predicting rainfall of up to 8 inches in some areas over the weekend, the district announced Tuesday it has started to draw down canals to help local drainage districts and governments reduce flooding.

Forecasters remain uncertain on the track and strength of the hurricane season’s fourth tropical storm.

The National Hurricane Center, which expects winds from Dorian to arrive across Florida on Saturday morning, said in its forecast the entire East Coast, from the Georgia border to just north of Key West, is in the cone of probability for landfall Sunday morning.

“Whether it’s a remnant that doesn’t have a chance to regenerate or if it’s a hurricane, it does look like it’s going to take aim on the state of Florida,” said Mark Wool, a meteorologist with the National Weather Service in Tallahassee. “The track may shift north or south a little bit. Currently, it’s forecast to track in somewhere just south of Cape Canaveral, so somewhere on the East-Central Florida coast.”

The center of Dorian was southeast of Puerto Rico and Hispaniola on Tuesday.

Wood said the current path could lead to mountains in Hispaniola disrupting the system, but Dorian could strengthen “once it passes by those islands and gets to the Bahamas.”

Wool noted the weather service is providing information to Florida State University, whose football team is playing Saturday in Jacksonville against Boise State.

“We are going to be keeping them informed about what conditions are going to be looking like there,” Wool said. “It has happened in the past where football games have been postponed because of tropical systems. We are going to make sure they have that information at the ready to make that call, if the time comes to do so.”