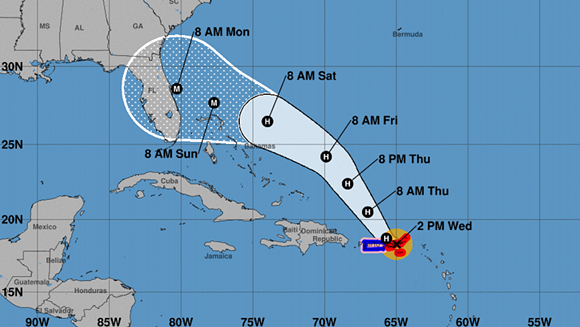 Eight flights between Orlando International Airport and Puerto Rico have been canceled due to the threat of Tropical Storm Dorian.

The airport released a statement on Twitter Wednesday stating five departures and three arrivals were canceled.

Latest update will always be pinned to top of the @MCO page. pic.twitter.com/7mQhn0pE5U

For more information, flyers are asked to contact their specific airlines.

The center of Tropical Storm Dorian will pass over the U.S. and British Virgin Islands and Puerto Rico later Wednesday at near hurricane strength, according to the National Hurricane Center. It brings heavy rainfall that could cause landslides, widespread flooding and power outages.