Orlando concert promoter Josiah Wess always does his due diligence in appropriately promoting all the shows he books under the Bad Balloon banner. But there was something a little extra about the way he was hyping Seattle band Supercrush.

His online urges on the show were especially gushing, personal even. If you’ve seen enough bills organized by him, you know the guy has good taste. So here’s a street-proven pro tip: If Josiah glows about it, heed him. This Supercrush show cemented that.

In their Florida debut, Supercrush arrived as a band that’s both aesthetically good and remarkably finished as a live ensemble. Stylistically, this high-functioning quartet take the sighing melodic vastness of Teenage Fanclub and filter it through the gusting haze of My Bloody Valentine. It’s an incredibly effective synthesis of power-pop appeal and shoegaze rush, all done with loving revivalist devotion. And it’s the splendor that happens when pretty songs come with jumbo jet power.

The show also featured a strong local support cast studded with a couple bands that have really impressed over the last year or so. I’ve already sung the praises of Sad Halen a couple times so far this year, like here and here.

But Gamma Waves, whom I first noticed at another Bad Balloon show, have gone from good to even better in the year since I last saw them. This band’s thick and thrilling hard rock is blessed with a Nirvana-esque range where clear melodic instinct comes with mud, volume and bite. And their muscularity now has even more tone and definition. This young Orlando band is one to watch. 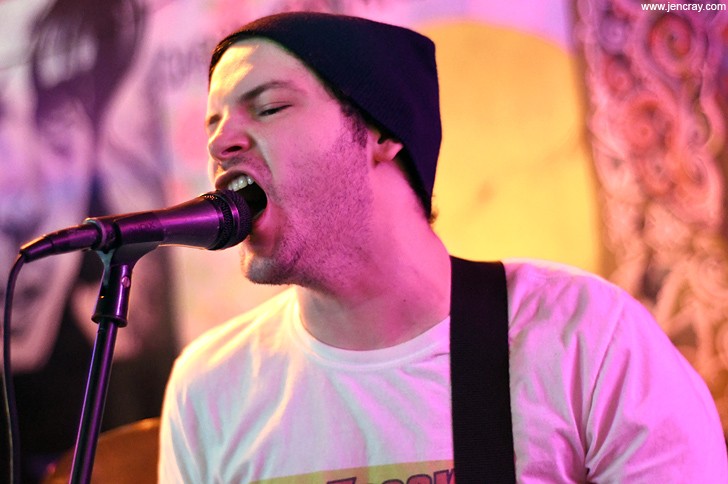 The only unfamiliar name on the bill was new local act Please Be Kind, the solo vehicle of Trina Perry. Still very much a developmental project, her simple songs are nonetheless feeling, moody and tender affairs.