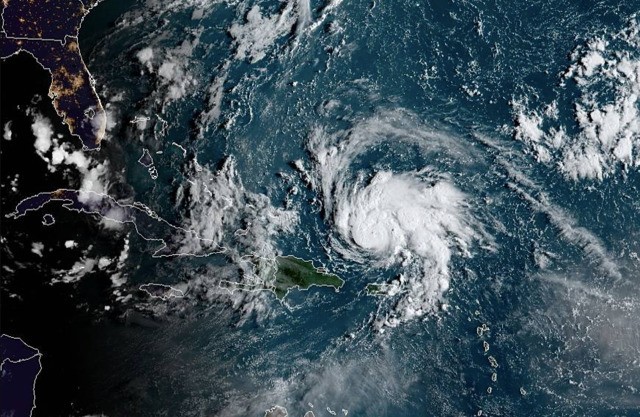 According to the 11 a.m. advisory from the National Hurricane Center, exactly where Dorian will strike is still in question, but the updated models are now showing the storm making landfall anywhere between South Florida and the northern border near Georgia either late Sunday or early Monday morning.

“The updated NHC intensity forecast calls for Dorian to become a major hurricane on Friday, and shows a slightly higher peak intensity than the previous forecast,” said the agency in the update.

The storm is currently a Category 1 hurricane, with 85 mph maximum sustained winds, and is about 370 miles off the coast of the Southeastern Bahamas.

“Environmental conditions consisting of warm waters and low vertical wind shear along the path of the hurricane should allow for at least steady intensification during the next 2 to 3 days,” said the NHC. 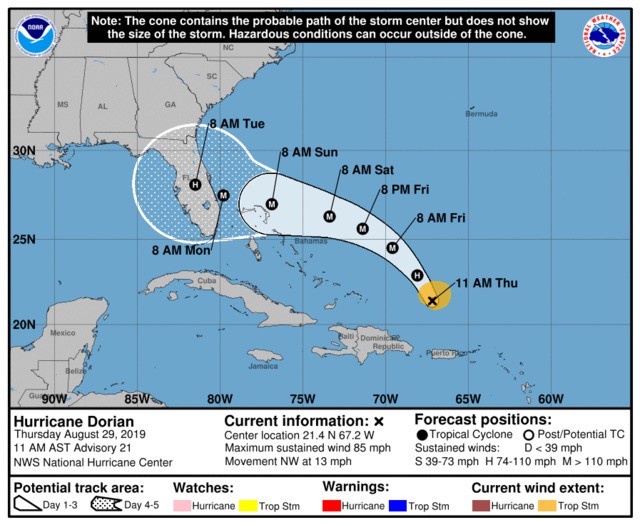 Yesterday, Florida Gov. Ron DeSantis declared a state of emergency for counties in the path of Hurricane Dorian.

"It’s important for Floridians on the East Coast to monitor this storm closely," said DeSantis in a statement. “Every Florida resident should have seven days of supplies, including food, water and medicine, and should have a plan in case of disaster."