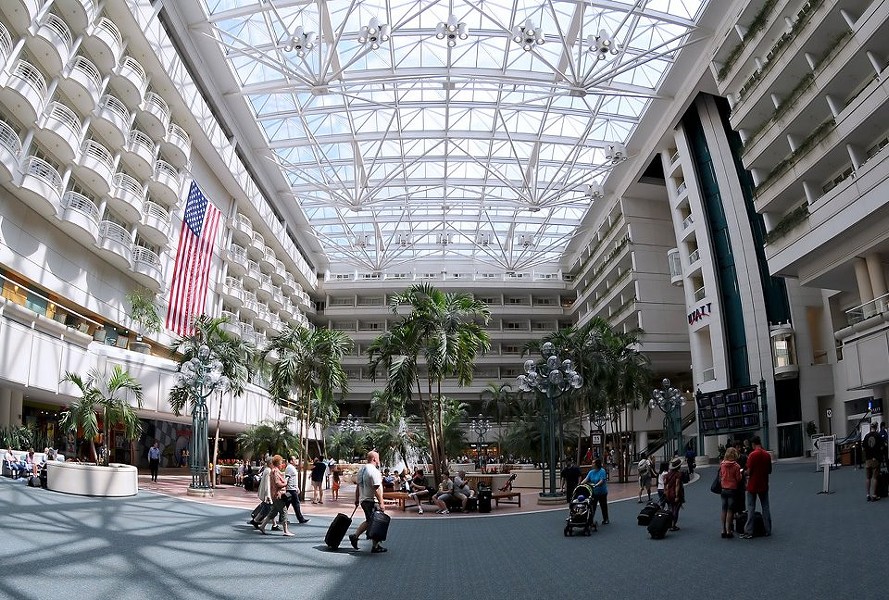 All flights will stop Monday starting 2 a.m., according to a statement from Orlando International Airport.

The latest update will always be pinned to top of our page. Travelers: Check with their airline for flight updates. pic.twitter.com/yIotItTGQl

"We understand this will lead to the question on when operations may resume, so we'll say this: This is a very serious storm," read a tweet from the airport's account. "The decision to cease operations was one that was made collectively along with airport partners."

That said, we still need to wait and see what effect this storm will have on the airport itself. As we have been doing, we will release additional operational updates as soon as we have them. Thank you, everyone.

The airport is waiting to decide when operations can resume.

Earlier this week, a number of flights to and from Puerto Rico were canceled at the airport when Dorian was still a tropical storm.