Orlando-based Planet Hollywood was at one time one of the most recognizable restaurant brands in the world, but by the time the Disney Springs flagship closed in Jan. 2016 for its $30 million remodel, many thought that it would never reopen.

After numerous delays, it finally did reopen in 2017. The newly reimagined restaurant kept the movie memorabilia that the brand was famous for but swapped out the over-the-top tacky 1990s style for a more refined faux-luxury style – well, as luxurious as you can get when partnering with Guy Fieri.

Speaking to Forbes at the time of the reopening, Planet Hollywood founder Robert Earl explained, "I'm looking to get this restaurant back to being a $50 million store [in sales per year] ... I want that T-shirt worn with pride again. ... I took a celebrity chef [Guy Fieri] in association and that has helped tremendously."

Now, two years later, we’re starting to see what the future of the brand will look like beyond the Orlando location. A luxury condo/hotel bearing the company’s new ph Premiere upscale branding was announced for Orlando, but that project now seems to be on indefinite hold. That hasn’t stopped the company from moving forward on a number of other projects. 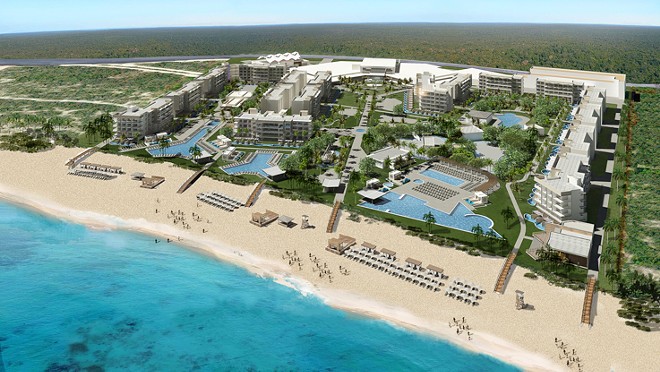 The five other Planet Hollywood restaurants are slated to see updates similar to Orlando’s in the coming years, and the smaller airport café concept at LAX is already aligned with the image. The company has already begun rolling out the new luxury focus to its branded resorts, first with the Caesar’s own Planet Hollywood casino in Las Vegas where an estimated $100 million update to the resort there debuted in 2017 and more recently to two new destination resorts.

Located in the Costa Mujeres resort district in Cancun, Mexico, the new Planet Hollywood Beach Resort Cancun will include many of the brand’s latest concepts including the PHIT wellness program that is inspired by Hollywood’s hottest fitness regimes, the Star Kids Club, and brand-new Adult Scene "resort-within-a-resort," adults-only concept. 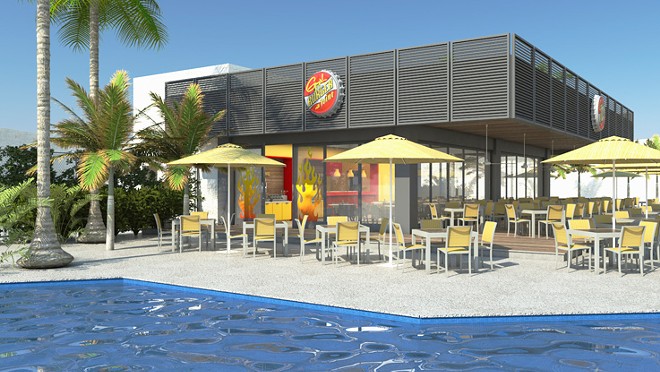 The Cancun and Costa Rica are via a partnership with Sunwing Travel Group, who now offer Planet Hollywood Hotels and Resorts management services and prospective franchise opportunities worldwide. Keeping with the new image, both of the Central American resorts use the tagline 'Vacation like a star.'

Sadly, despite all the updates, comments by Robert Earl regarding merchandise, and the hopeful future for the brand, for now, the iconic Planet Hollywood denim jacket has yet to return.