The Walt Disney Company announced on Tuesday it plans to donate more than $1 million to emergency and recovery efforts in the Bahamas, following the devastating direct hit from Category 5 Hurricane Dorian on Sunday and through Tuesday.

A statement released by Disney's external communications manager said, "We all have watched with broken hearts as Hurricane Dorian brought devastation to the northern Bahamas. ... We’re committed to helping them rebuild their homes, their communities and their livelihoods."

The donation will be "led by Disney Cruise Line," for "more than $1 million to help relief and recovery efforts in The Bahamas," including donations to non-profit relief agencies undertaking recovery and rebuilding efforts, as well as providing of supplies like food and construction materials. 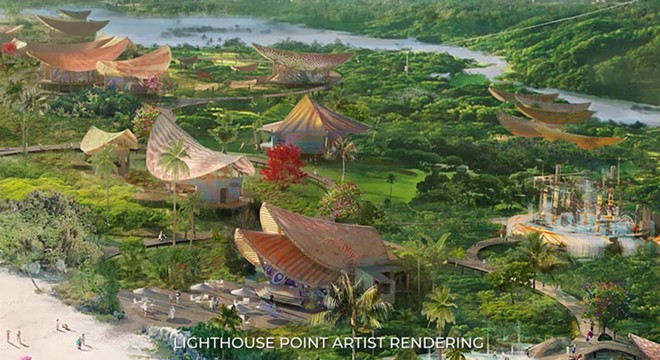 Disney already owns and operates Castaway Cay on Eleuthera, a private island in the Bahamas, which experienced tropical force strength winds, and "employs more than 60 Bahamians from Abaco and Grand Bahama, as well as several employees from other Bahamian islands."

The company had announced at their D23 Expo that Disney Cruise Line would be building a second tropical destination in The Bahamas, "located on the beautiful island of Eleuthera at a place called Lighthouse point."

There is no word yet on how Hurricane Dorian could have impacted those plans, but Disney had been planning to begin construction at Lighthouse Point "only after an Environmental Impact Assessment and Environmental Management Plan are reviewed and accepted by the Government of The Bahamas and public consultation has occurred," noting, "construction could begin in 2020 with completion in late 2022 or 2023."
In the Tuesday press statement, Disney chairman and CEO Bob Iger said "We hope our $1 million donation will provide much-needed relief and help our neighbors, colleagues, and all those impacted by this devastating storm begin the long process of recovery as they work to put their lives and communities back together."

Disney received criticism earlier for having left 97 Disney Cruise Line employees to ride out Hurricane Dorian on Castaway Cay, according to the Miami Herald. That decision led to a sister of one crew member to post a since-deleted tweet to Disney seeking explanation.

“My sister is stuck in the middle of a Cat 5 hurricane. We were told they would evacuate and they didn’t. Left them behind!! Why??,” Meg Green posted on Twitter, later writing, “Remember that time [Disney Cruises] left 97 employees on a tiny island in a Catagory 5 hurricane? I do.”

The company initially defended the decision in a statement, saying, “Many of our guests have asked questions about Castaway Cay. Some of our crew remained on the island and their care and safety is our highest priority. As forecast, sustained winds on the island did not extend beyond tropical force strength and our crew has returned to their living quarters after spending a few hours in our storm shelter yesterday."

A later report by the Herald provided additional statements from Disney defending its decision. Green responded on Twitter by asking, “Why risk the lives of 97 staff members? They had plenty of time to evacuate, but the decision was made to stay.” The Miami Herald notes Green has since deleted the Twitter thread.

Disney says 102 staff members stayed in the concrete shelter, which it said is 20 feet above sea level and designed to withstand a Category 5 hurricane.