This was supposed to be the release party for the long-awaited album by Danny Feedback. It was booked and announced months ago. But fate, sick fucking fate, had other plans.

And so Danny Feedback took his own long-planned album release show and nobly flipped the occasion to honor his longtime friend and brother-in-music.

Removing himself from the top of the bill, Feedback instead put the night’s spotlight on releasing the Bobby Clock & the Soda Pops album that he’d been working on with Bobby. In addition to unveiling the recording with free copies to those in attendance, Feedback would bring the material to life onstage in Clock’s place (something Clock had done for – and as – Feedback himself in the Crack Rock Opera).

Backed with a Soda Pop rhythm section, Danny Feedback channeled the spirit, dressing in some of Clock’s iconic clothes and rocking the fresh material with Clock’s own guitar and pedalboard amp.

But instead of being too eerily literal in his rendition, he kicked it with that singular Danny Feedback flame. This onstage homage was a love letter sealed with a signature that could only come from one person.

The night also included a bevy of local support performances. One Drop delivered a spacey, psychedelic and expertly executed brew of rock, soul, funk, rap, reggae and drum & bass. Death Crusher – which is primal grunge duo Yogurt Smoothness rebooted and expanded to a trio under a new and far more fitting moniker – brought their big, raw rock to the celebration. 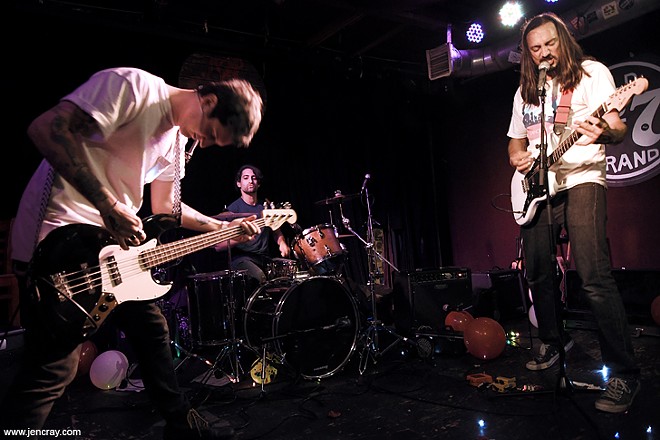 And stocked with gimmicks and getups, comedy punk band Awesome & the Ass Kickers added their ridiculous combo of rock and pageantry. It was juvenile, uproarious and nice to see again. A bonus moment happened when they had a former member who was in attendance jump in on a song. 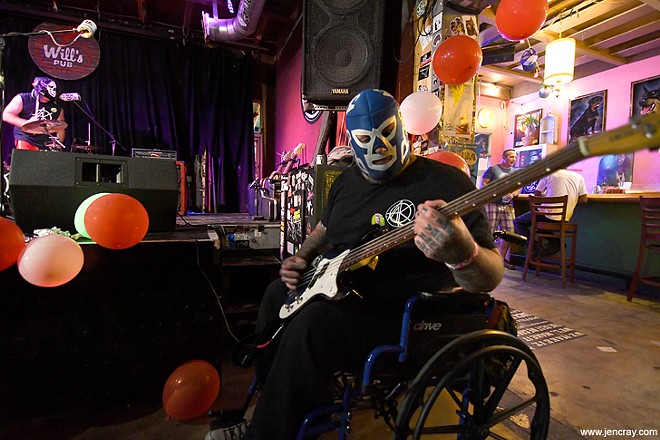 But let’s not overlook what was originally supposed to be the main event of the night: Danny Feedback himself. I doubt Bobby would’ve wanted his good mate and collaborator eclipsed by anything, even this.

When you have a body of work and display that’s as brilliantly freaky as Danny Feedback, the only truly strange thing you can do is something grossly uncharacteristic. And while his long-awaited new album isn’t a smooth jazz concept or anything, the fact that there’s a total absence of guitars on it is practically as outlandish as it gets for this warped guitar god. And so it is with Something New Under the Sun, Feedback’s latest outer-limits oeuvre.

His band’s performance this time, however, delivered his classic madcap guitar insanity with the same trio he conquered with recently at Iron Cow. That new album’s intriguing, but no complaints on his live decision here. There’s a reason the name Danny Feedback is already etched into Orlando music history, and this frenzied stage voltage is it. 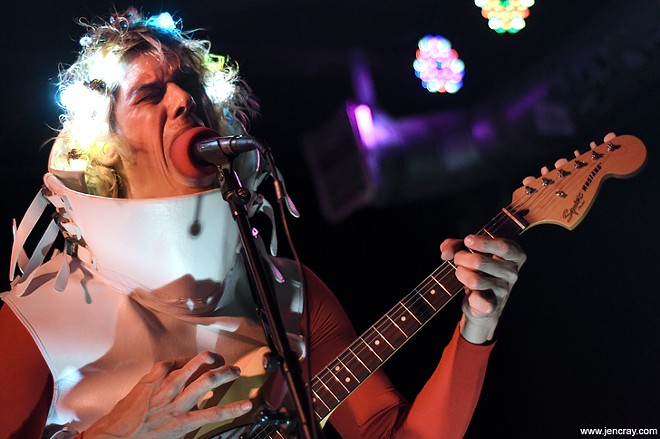 Midway through their set, nearly all the lit balloon decorations hung up all over the room for the event were already torn off and bouncing over the audience.


A pall always hangs over any memorial event, especially when the honoree was so young and the news so staggering like it is here. This was different though. No doubt, Orlando is dimmer without Bobby Clock’s dazzlingly original light. But seeing his essence, soul and work refracted through the kaleidoscope of his creative community had its own undeniable glow, one that’s testament to Clock’s indelible mark on this scene. And this was a house full of love – wild, beautiful love.

He may be gone but his mark endures. That’s more than what will be said for most of us. Bobby Clock wasn’t just here, he was heard – loud, clear and weird. And those sounds continue to reverberate. Shine on, Bobby. 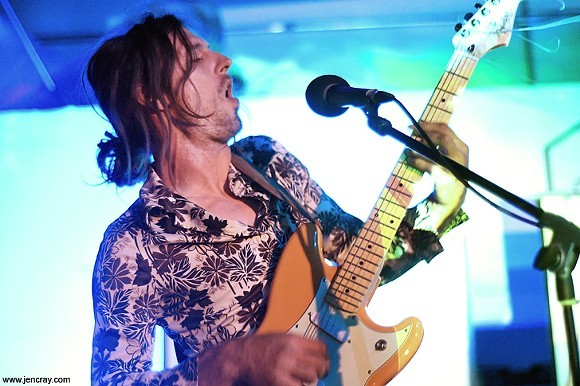