There are now 70 millionaires in the Florida House and Senate 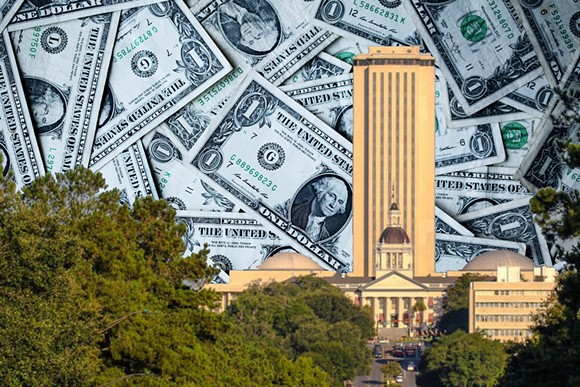 More millionaires are deciding how Florida tax dollars should be used and which laws should be passed.

With all but three lawmakers in the 160-member Legislature filing annual financial-disclosure reports, the average net worth of state senators is $5.9 million, according to an analysis by The News Service of Florida. In the House, the average stands at $1.7 million. 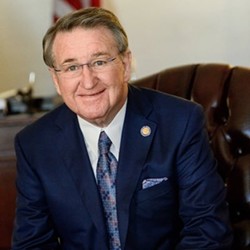 Topping the list is state Sen. George Gainer, a Panama City Republican who owns a fleet of auto dealerships across North Florida.

The former Bay County commissioner, who cruised into state office in 2016, reported his net worth as of the end of 2018 at $46.46 million. That was up 1.4 percent from the prior year and 66.5 percent higher than the $27.9 million he reported when he first ran for the Senate.

In the House, 43 of the 120 members reported net worths of more than a $1 million. The $1.7 million average was topped by 26 members. Rep. Joe Geller, an Aventura Democrat who posted a net worth of $1.03 million a year ago, has received an extension until Oct. 18 to file this year’s report.

Lawmakers are required each year to file detailed disclosures that list assets, liabilities and calculate net worths. Most of the newly filed reports reflect information from the end of 2018.

The reports are due July 1, but lawmakers receive a “grace period” to file them without incurring penalties. Notices of fines were sent Friday to Rep. Kamia Brown, D-Ocoee, and Rep. Anika Omphroy, D-Lauderdale Lakes, because they had not filed reports. Both were sent postcard reminders from the state Commission on Ethics on Aug. 20 and had messages left with their aides three days later, commission spokeswoman Kerrie Stillman said Monday.

Among returning lawmakers whose paperwork was filed, 106 reported increases in net worths, while 45 went down, and three posted no changes.

Simmons and Pizzo are among 38 attorneys who fill the ranks of the Legislature.

Rader, who manages Boca Raton-based CKP Insurance, is one of 26 involved in the insurance, finance, real estate or construction industries.

Simpson, in line to become Senate president after the 2020 elections, has seen his net worth grow 66.5 percent since being elected to the Senate in 2012.

In that time, Simpson’s stake in Simpson Farms, an egg farm in Trilby, has increased in value from $8.78 million to $14.39 million. His stake in Simpson Environmental Services, which provides duct cleaning and asbestos removal, has grown from just over $3 million to about $6.37 million.

Current Senate President Bill Galvano, a Bradenton Republican who is an attorney, reported a net worth of just under $2.7 million as of May 31.

Oliva’s $15.2 million net worth is a 11.3 percent jump from his net worth at the end of 2017. His figures are bolstered by $7.25 million in bank and investment accounts and $5.59 million in real estate investments. Oliva’s primary residence accounted for $1.28 million of his real estate.

While the Legislature is dotted with millionaires, it also includes lawmakers who filed more modest disclosures.

Rep. Dan Daley, a Coral Springs Democrat who was elected without opposition to fill a vacant seat this year, posted a net worth of negative $281,716, primarily due to his student loans. He graduated from Florida State University in 2010 and the Nova Southeastern University Shepard Broad College of Law in 2015.

Daley is one of eight House members with negative net worths, most due to home or student loans. No senators were in the red, though Sen. Oscar Braynon, a Miami Gardens Democrat who lists his occupation as consultant, posted a net worth of $2,264.