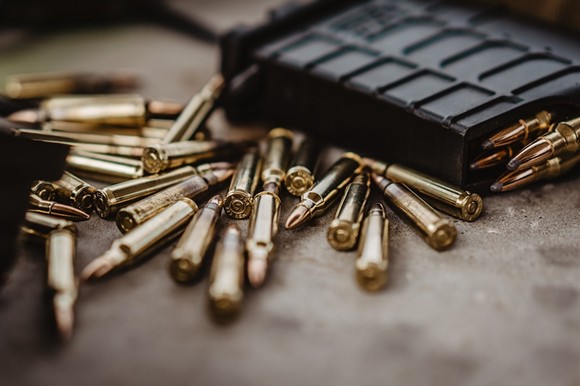 In the wake of two mass shootings in Texas and Ohio last month, contributions flooded into a political committee seeking to ban possession and sale of assault weapons in Florida, according to a new campaign-finance report filed at the state Division of Elections.

Ban Assault Weapons NOW, the political committee behind the proposed constitutional amendment, drew more than 28,000 contributions totaling $595,000 in August, by far the largest amount in a single month since the committee was launched in March 2018.

Nearly 12,000 of the contributions were $5 or less, the campaign report shows. Also, more than 5,000 were for $10.
The committee is trying to put on the November 2020 ballot a proposed constitutional amendment that would prohibit possession of “semi-automatic rifles and shotguns capable of holding more than 10 rounds of ammunition at once, either in a fixed or detachable magazine, or any other ammunition-feeding device.”

The ballot proposal includes an exception for people who own the guns at the time the measure would take effect. Those people would be able to keep assault weapons if they register the guns with the state.

Last month’s contributions brought the total amount collected by the committee to just over $1.67 million.

With 105,000 valid petition signatures submitted so far, the group has surpassed the number needed to spur a Florida Supreme Court review of the proposed amendment’s wording. The committee needs 766,200 valid signatures to make it onto the 2020 ballot.

Last month’s boost in contributions came on the heels of two mass shootings. On Aug. 3, a gunman opened fire at a Walmart in El Paso, Texas, killing 22 people and injuring two-dozen others. The following day, 10 people were killed and 27 others were injured in a mass shooting in Dayton, Ohio.

August’s largest contribution —- $50,000, on Aug. 23 —- came from Americans for Gun Safety Now, a political organization based in Virginia that was founded by Al Hoffman, a former finance chairman for the Republican National Committee who lives in North Palm Beach.

A $3,000 contribution by a Miami donor and $2,000 each from people in Beverly Hills, Calif., and New York City were the next-largest contributions.

But the vast majority of the contributions were less than $25.

“Our strong August fundraising is a message from Floridians —- and concerned individuals across the country —- that we simply have to do something about the terror and devastation that military-style assault weapons can cause in our communities. Unfortunately, the catalyst for this outpouring of support was largely the back-to-back incidents of mass murder we all witnessed in horror over a single weekend in August,” Ben Pollara, senior adviser to Ban Assault Weapons NOW, told The News Service of Florida in a text message Thursday.

WTF!?
6 people died from vaping. @realDonaldTrump is banning them.

Writers, health care professionals, teachers, accountants, a pilot, a plumber, an art dealer and a number of people who identified themselves as “not employed” or “retired,” were included in the more than 28,000 contributors. The contributions came from dozens of states, including Hawaii and Alaska, as well as from Florida donors from Pensacola to the Keys.

Until August, the committee’s largest monthly total came in March, with just over $170,000 in contributions, including $75,000 from Hoffman’s group.