THIS LITTLE UNDERGROUND
Jenny Lewis and the Watson Twins, The Beacham, Sep. 11

Well, this is one welcome reunion. At least on paper.

When Jenny Lewis first struck out on her own, she launched her post-Rilo Kiley career like a rocket with the double booster of the Watson Twins on 2006’s Rabbit Fur Coat. Everyone knows the persistence of first impressions, and these ladies made some real magic together right out the gate.

Since then, Lewis has made the big time even despite a trickling solo output. The Watson Twins, however, didn’t quite enjoy the same sustained profile. But the mark of their collaborative work endures. 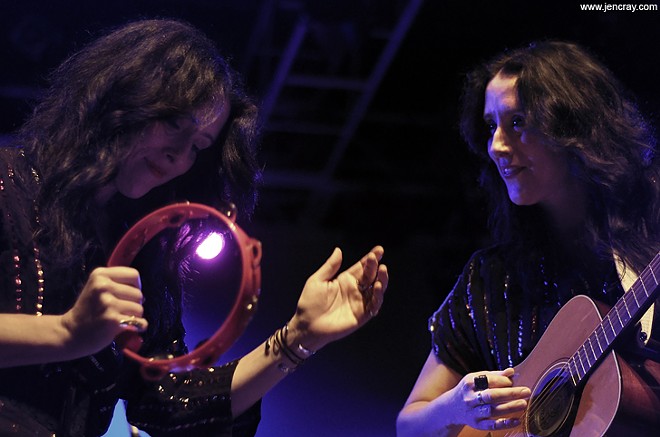 But the Watson Twins were given lots of respect with a generous, nearly one-hour set of their own. Coming full as a five-piece ensemble, the sister folk-pop act delivered their trademark sound of a little Kentucky soul wrapped in a lot of L.A. glam. 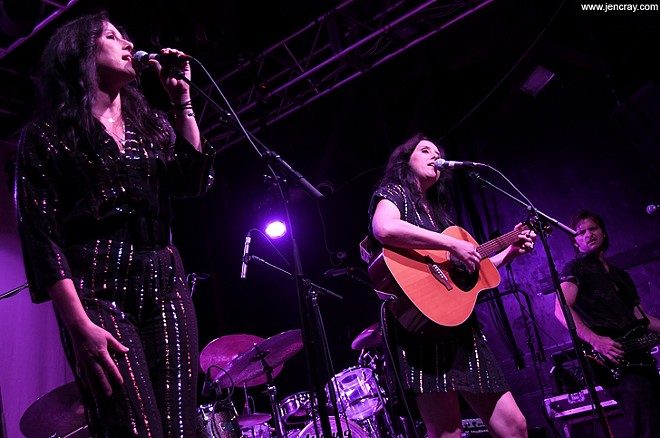 By now, their harmonic intuition has been honed to pastel immaculacy. Given robust framing by a quality band, their performance was a study in eased and spacious melody, occasionally even showing flashes of countrypolitan splendor.

While the Watson Twins’ well-mannered set was like a pleasing, fleeting dream, Jenny Lewis came out like a Roman candle, proving that her signature retro fantasy has gone maximum glitz. She’s always had a highly crafted visual flair to go along with her good songs. But with head-to-toe sparkle, full bouffant hair and a sensational piano, this is next-level for her. And, clearly, it lends itself to some great presentation. 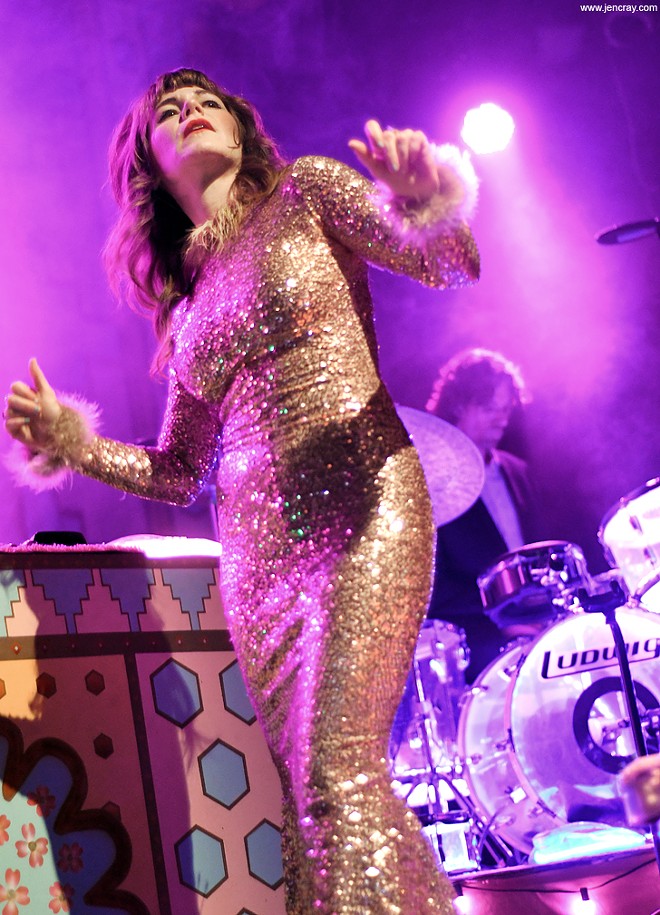 Beyond just look, though, this show personified how much Lewis has grown up as a performer and songwriter. She’s moved resolutely past those twee tendencies that sometimes made her easy to write off and traded them for newfound gravity, something she’s not always had. Ironically enough for a former child actor, Jenny Lewis is getting remarkably better with age. She sounded better and looked more in charge here than perhaps ever, like a true icon.

Although the newer material that dominated the setlist delivered the concert’s most commanding moments, it always brings down the house here when she drops the Orlando lyric from “The Charging Sky” off her debut album with the Watsons.


Speaking of, though it’s true what I said about the separation of the two acts, you didn’t seriously think they could resist the opportunity and inevitability of reuniting onstage, did you? If they didn’t rekindle that original flame live then whatever passes for a riot at a Jenny Lewis show would surely ensue.

We had to wait until the last encore but it finally came. There was even a whole little planned sketch that cued up the Watson Twins’ emergence back onto the stage. And it was glory revived.