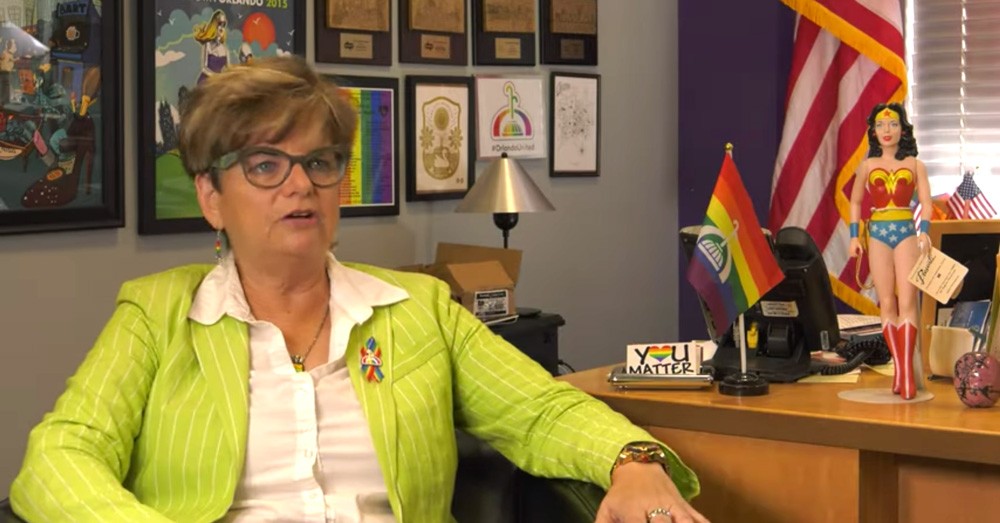 In a video released today, Orlando City Commissioner Patty Sheehan discusses the time she spent at an Orlando-based "ex-gay" conversion ministry called Eleutheros, which was under the group Exodus International that was shut down in 2013.

"It took me a long time to be able to heal from the, I would say abusive things I was told about who I could be as a woman and how I could positively express my sexuality," Sheehan said in the video by Truth Wins Out.

"Do not as a young person, do what I did. It took me years, a lot of substance and alcohol abuse and personal suffering and bad relationships for me to be able to self-accept. A lot of it because what I was told was wrong with me when I was around these religious people."

Her story comes on the eve of the Freedom March, an event taking place on Saturday, Sept. 14, at Lake Eola Park. The event aims to use testimonies from "former homosexuals and transgenders" to inspire people to live a life free from gay and transgender tendencies.
On Facebook, the event is said to be hosted by New Hearts Outreach, an organization that claims to be "glorifying God by connecting the sexually and relationally challenged to Jesus Christ." Two testimonials that will be shared at the march will come from Elizabeth Woning and Ken Williams, cofounders of another group, Equipped to Love.

This organization aims to "establish a resource for people longing to understand homosexuality better and find resolution," according to its website. Williams and Woning use the hashtag #oncegay and the slogan, "Changed is Possible" for their movement's campaign.

If that slogan rings a bell, it's because it is similar to the slogan once used by Exodus International, "Change is possible." This organization was shut down 37 years after its inception, after then-president Alan Chambers openly recanted his stance on conversion therapy.

According to Q Christian, Sheehan noticed the Freedom March booked the bandshell at Lake Eola Park with the intent to march to Pulse. They apparently failed to submit their permits on time to perform the march, but will still gather at the park

Exodus International was the umbrella company affiliated with Eleutheros, the former local ministry where Sheehan says she endured conversion therapy at when she was 18 years old.

They will take advantage of you, they will make you dependent, and they will not do what's in your best interest," warns Sheehan. "I think my education really got in the way of my indoctrination."