Disney confirmed major Epcot overhaul, but there's more to the Orlando plans than Disney is letting on

Last month at the biennial D23 Expo, Disney announced massive updates to Epcot that included many changes which have been rumored for years. But despite what will likely be over a billion dollars in upgrades and new additions, there were a few glaring absences in the announcements.

Rumors of Disney doing away with the Future World theme proved accurate, with the massive 1980s, business-park-like front half of Epcot being replaced with three new lands. These are World Discovery, World Celebration and World Nature. Leaks regarding the future of the Innoventions buildings also proved true, with the western building to be completely demolished and the eastern one fully remodeled.

This middle section, soon to be known as World Celebration, will also be home to an "organic-inspired" multi-level festival center building and a new Dreamers Point garden that will house a statue of Walt Disney.

Missing from the announcements regarding World Celebration is what Disney plans to do with the Imagination pavilion. Previously located in the Future World West section, Imagination will now be classified as part of the middle land, thanks to the new layout of the guest pathways. But no details regarding any updates to the sorely dated, poorly maintained, unpopular attraction were shared by Disney, despite endless rumors of updates. The same is true regarding a new country heading to World Showcase and a number of other big-ticket items that many expected to finally be announced. 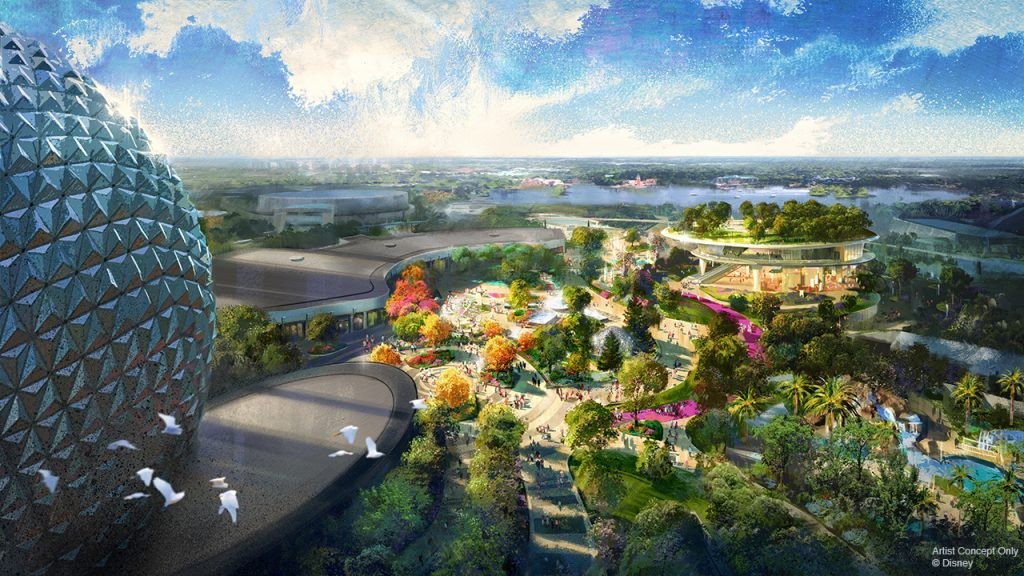 Prior to D23 Expo, fans were alerted that Brazil could be heading to World Showcase. News reports of deals between Disney and Brazilian companies date back to 2011, and more recently usually trustworthy insiders were all in on the addition of Brazil. Yet D23 closed with not even a hint of a new World Showcase country.

Then there are the other rumors of a new hotel with in-park views, either near the front entrance or behind multiple World Showcase pavilions, and rumors of a much-needed overhaul to The Seas pavilion.

Numerous large-scale projects were shared by Disney, like the new Festival Center building and the Moana-inspired splash pad-like attraction (and small-scale projects, such as the updated World Showcase films and details on the space-themed restaurant), but the absence of the other rumored additions left many scratching their heads.

It has now become clear that not all of these projects were abruptly canceled, as some speculated in the days after the Expo. As with any major Disney project, the Epcot overhaul will be done via multiple phases with each phase including its own marketable addition.

Epcot was built in an era when corporate America was eager to throw tens of millions of dollars toward partnerships with groups like Disney. In today’s post-Great Recession world, convincing others to essentially finance Disney attractions is a much harder sell. With less than ideal attendance numbers at the billion-dollar Star Wars land, and the confirmation of a Universal Orlando third theme park looming as a competitor, it's enough for Disney to step back and review its future plans.

It’s noteworthy that every major addition announced for Epcot, with the sole exception being the new festival center (if such a building could be called a "major addition"), were items previously announced and already well under construction. All of the rumored projects that weren’t confirmed are ones that have yet to break ground. This could mean all of these projects have been shelved, but with the state of the Imagination ride and with preliminary work already done on many other projects, that doesn’t seem likely.

Instead, the new World Showcase pavilion, the Imagination update, the Epcot hotel, and The Seas overhaul now all look to be part of a future phase that won’t begin groundwork until at least 2021, at the earliest, with a mid- to late-2020s opening. 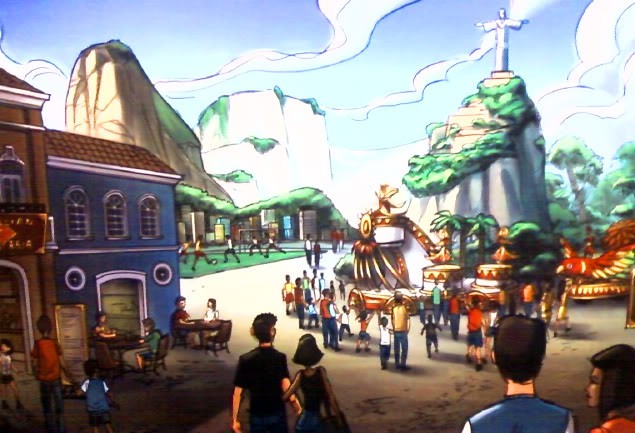 This delay allows Disney to review certain aspects of each of these projects. The rumors of India replacing Brazil as the new World Showcase pavilion now look not nearly as out of left field, thanks to new supposed leaks regarding Disney’s research regarding a new resort in India, though that project still seems far from being realized.

Disney also seems hesitant to move forward with any major updates right now, thanks to the coming shift in leadership when CEO Bob Iger retires in 2021. With most of these projects now not breaking ground until at least that time, it seems the company is looking to downplay any projects that come after Iger’s departure. This includes not only the Epcot projects but also the second park potentially in the works for Shanghai Disneyland, a possible new hotel at Disneyland in Anaheim, and a rumored fourth stand-alone DVC resort.

Back at Walt Disney World, concern over hotel room occupancy and attendance now seem to be much more of a focus than it was a few months ago. That may cause some of the projects in this future phase, specifically the Epcot hotel and the World Showcase pavilion, to be put on indefinite hold but other aspects, like the updates to The Seas and Imagination, will in some form eventually move forward. Unlike the bigger aspects of this phase, the postponement of these two smaller projects looks to be more tied to budget negotiations and concerns over placing too much of the park behind construction walls at the same time.

Lessons learned via feedback from the overhauls at Disney California Adventure and Disney’s Hollywood Studios seem to now have Disney hesitant at fixing a park in one fell swoop. This is clear not only from the Epcot plans but also in the major overhauls now happening at Walt Disney Studios Park in Paris, which will see what is one of the largest expansions ever for a Disney park with an estimated price tag of $2.5 billion, and Hong Kong Disneyland, where Tomorrowland, Fantasyland and the park’s castle are all seeing updates as part of a $1.4 billion overhaul to that park.

As with any project, nothing is a sure bet until it is open, but what is clear is Disney has a lot more than it announced in the works for Epcot and for Walt Disney World.