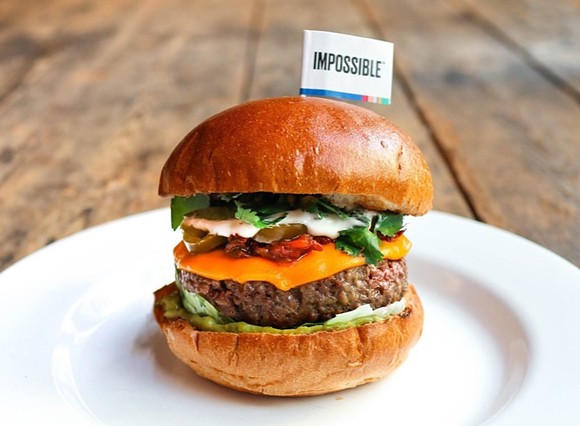 Today, SeaWorld Parks & Entertainment announced that is has added the Impossible Burger to all menus at all 12 company properties including, SeaWorld Orlando and Busch Gardens Tampa Bay.

The company will also be donating 10 percent of the proceeds of every Impossible Burger sold through September 30 to the SeaWorld & Busch Gardens Conservation Fund.

"We are proud to offer our guests menu options that both taste great and have a positive environmental impact,” said Christopher Ivy, Corporate VP of In-Park Revenue and Strategic Partnerships at SeaWorld. “The Impossible Burger was initially introduced to guests as a part of our popular Seven Seas and Food & Wine festivals. The response to the burger was so favorable we've now added it to our year-round park menus, offering additional options to our already growing list of plant-based and healthier food offerings.”
According to Impossible Foods, production of the burgers uses 96% less land, generates 89% less of the greenhouse gases that cause global warming and use 87% less water than traditional burgers.

In 2018, SeaWorld Parks & Entertainment announced the removal of all single-use plastic straws and single-use plastic shopping bags at all parks. Earlier this year it replaced all polystyrene-foam dinnerware with products made from 100 percent recyclable material at its 12 parks.