When you think of surf and sand, endless meals, and other cruise-ship favorites, Kelly Clarkson probably isn’t the first thing that comes to mind, but Norwegian Cruise Lines is looking to change that. In a surprise announcement on The Kelly Clarkson Show, NCL president Andy Stuart announced that the Grammy Award-winning artist and superstar will be the godmother of the new Norwegian Encore.

In a tradition that dates back to the earliest days of cruise liners, a civilian, typically a woman, is honored with being the sponsor, or godparent, of the ship. This civilian blesses the vessel before its inaugural cruise in a launch ceremony thought to bring the ship good luck. A bottle of champagne is typically broken upon the boat as part of this ceremony. Clarkson is expected to christen the ship at a Nov. 21 ceremony.

In more recent times, cruise lines have looked at celebrities to be the godparents of their ships. Norwegian Cruise Lines is known for their celebrity godparents: Reba McEntire is the Norwegian Epic's godmother, the Norwegian Dawn calls Kim Cattrall its godmother and, in 2005, long before the current politics, Melania Trump christened the Norwegian Jewel as its godmother. 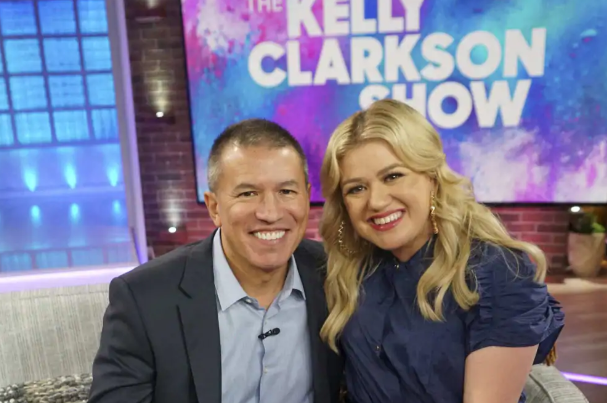 Clarkson brings more than just a celebrity name to the ship. In a world where cruise lines continue to try to top each other in hyping their new ships, the announcement on Clarkson’s brand-new nationally syndicated talk show provided some coveted screen time to promote the new ship. It also means attention from the tabloids and celebrity-driven media that would otherwise not typically cover cruise ship news.

"We knew we wanted someone who represents our core values," said Andy Stuart, president, and chief executive officer. "Kelly is a role model who is passionate about family and community, as well as music and entertainment. These are our passions too! We are honored to have her join our family of godparents and look forward to celebrating Norwegian Encore's debut in Miami with her, this November."

Norwegian and Clarkson used the announcement to give back, with 20 music educators given a seven-day Norwegian cruise. The teachers who were on a backstage studio tour were surprised by Clarkson and numerous students who the teachers have inspired. The christening ceremony will take place in Miami, where the cruise line is based, this November – ahead of its inaugural cruise two days later.

The Norwegian Encore has the world's longest go-kart track at sea, outdoor laser tag, a massive VR arena, more than a dozen restaurants and a Broadway-style theater, just to name a few of the attractions on board the ship.

Starting in November, the Norwegian Encore will offer seven-day voyages out of Miami before offering itineraries out of the Northeast in 2020 and Alaskan cruises beginning 2021.