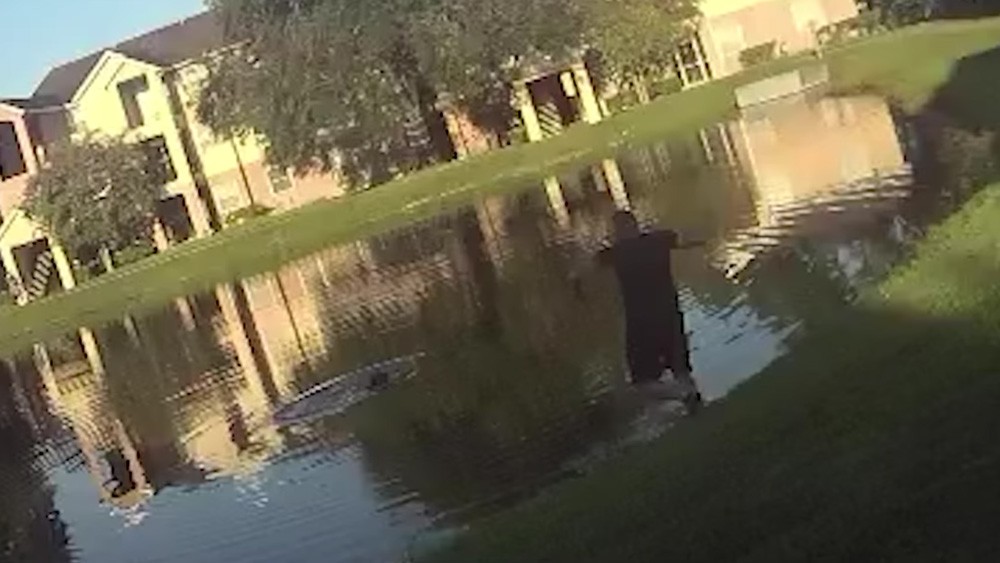 The Orange County Sheriff's Office released a video of deputy Jason Hess rescuing a woman who had walked into a retention pond.

The woman is an Orlando resident whose daughter said this isn't her first disappearing act. It is, however, the first time she has reported it. The woman, whose name has not been released, has gone missing nine times before this incident and is currently in custody under Florida's Baker Act, according to Newsweek.
Officials said the woman was seen getting into the lake behind her apartment complex leasing office. In the police report, which has been redacted, the woman claims she doesn't remember how she got into the pond and said she was "done with this life."

A reminder that there is a 24-hour, confidential National Suicide Prevention Hotline at 1-800-273-8255.
Stay on top of Orlando news and views. Sign up for our weekly Headlines newsletter.