The annual Golden Ticket Awards, one of the most prestigious awards within the amusement park industry, were recently announced in a ceremony that took place at the Silverwood theme park in Idaho. Presented by Amusement Today, an industry trade magazine, the winners are selected via voting by industry suppliers, leaders, journalists, and hand-selected fans who visit multiple parks per year.

The most surprising news coming out of the awards ceremony is the absence of Walt Disney World. For the first time since at least 2003, WDW received zero awards this year, but that is mostly a technicality since Millennium Falcon: Smugglers Run at Disneyland won Best New Family Attraction. An exact copy of that ride recently opened at WDW’s Hollywood Studios.

DHS’s Tower of Terror won Best Dark Ride since 2016 but this year that award was given to Shanghai Disneyland’s Pirates of the Caribbean: Battle for the Sunken Treasure. That impressive omnidirectional trackless boat ride is viewed as the most technologically advanced boat ride ever conceived. A ride using the same ride system has been rumored for WDW since the Shanghai attraction opened in 2016, but so far there has been no indication that any of those rumors are true.

While the news at WDW was mostly disappointing, the same isn’t true for the other two park operators in Orlando. Universal Orlando’s Halloween Horror Nights continued its streak, now in its twelfth year, by winning Best Halloween Event.

The Best New Attraction Installation, a slightly refined category which was previously known as Best New Ride, was given to the newly opened Hagrid’s Magical Creatures Motorbike Adventure at Islands of Adventure. IOA’s Harry Potter and the Forbidden Journey won Best New Ride in an Amusement Park in 2010.

After having Universal Orlando’s Revenge of the Mummy win the Best Indoor Coaster Attraction category for the last decade, the category was retired and the attraction was honored as a Golden Ticket Awards Legend. The only other coaster to ever win the award during its existence was DHS’s Rock ‘n’ Roller Coaster who won it twice.

By far, the biggest local winner was SeaWorld Parks & Entertainment, who won numerous awards including for SeaWorld Orlando, which won Best Wildlife/Marine Life Park for its 13th consecutive year. That category was previously was known as the “Best Marine Life Park,” with SeaWorld Orlando winning it every year since its introduction. The addition of wildlife into the category had some thinking that Disney’s Animal Kingdom or Busch Gardens Tampa might win the category but, at least for this year, SeaWorld remained on top.

Of course, this was of no consequence to the employment of now-former SeaWorld CEO Gus Antorcha, whose resignation became public on Sept. 17.

Busch Gardens Williamsburg kept its 22-year long streak as the Most Beautiful Park. Earlier this summer, it won a similar award from the National Amusement Park Historical Association who has given the award to the park for 29 straight years. The Golden Ticket Awards previously called this category Best Landscaped Park with a Most Beautiful Park category separately existing between 2003 and 2005. The newly reintroduced Most Beautiful Park combines those two previously separate categories. 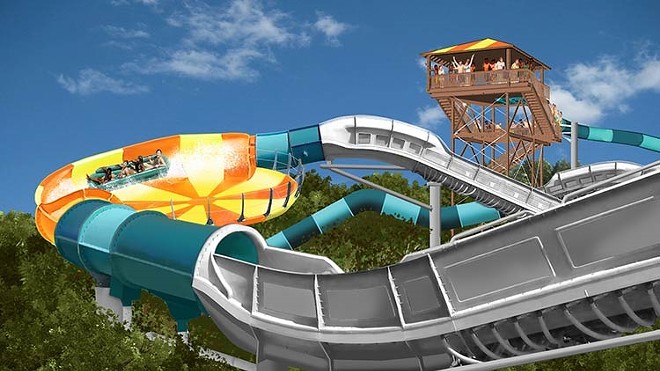 The biggest winner at the awards was Tennessee’s Dollywood park which won Best Kids’ Area, Best Christmas Event, and Best Guest Experience.
Germany’s Europa-Park continued its streak as the Best Amusement Park. The only other park to ever win this category is Ohio’s Cedar Point.

With Iron Gwazi under construction at Busch Gardens Tampa next year all eyes will be on the Tampa park to see if it will win its first Golden Ticket Award. Details on the 2020 Awards have yet to be shared.