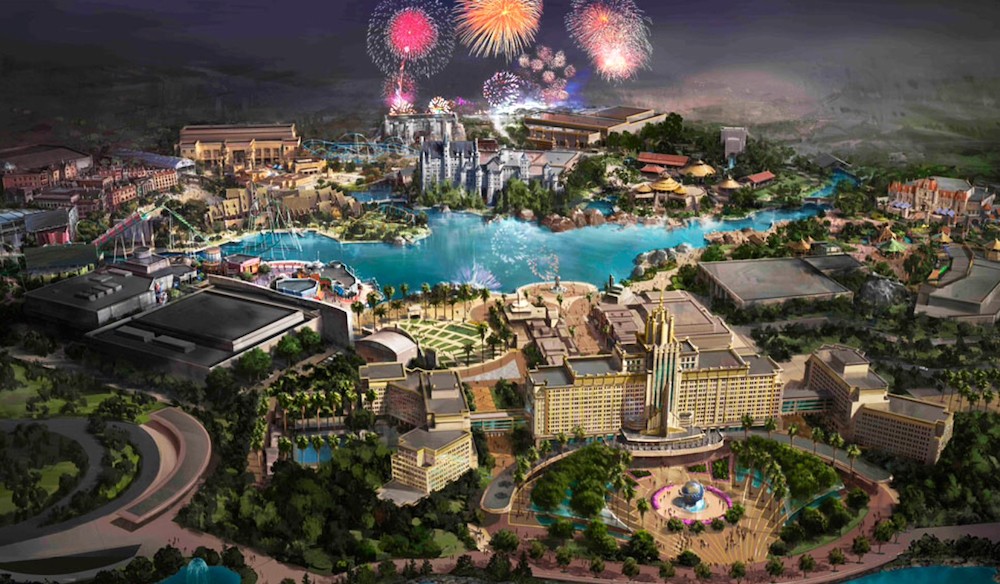 Despite numerous leaks and rumors, there has been very little officially shared by Universal regarding their future plans across their various resorts. But Universal Parks Chairman and CEO Tom Williams decided it was time to change that when he sat down for an interview recently at an industry conference.

In an evening “fireside chat” at a conference on Sept. 12, Williams did a one-on-one interview with a Q&A from attendees. Part of the Bank of America Merrill Lynch 2019 Media, Communications & Entertainment Conference, much of the discussion focused the new Beijing resort, as it readies to open next year, but there was plenty of attention on Orlando as well.

Speaking of the new Epic Universe park and the 750-acre south campus in Orlando, Williams explained:


“[W]e haven't announced price [of what the park will cost]. We haven't announced the content in terms of the IP or even timing because it's senseless to do so. Why tell the competition what you are doing? And beyond that, why risk deferring attendance.

That makes no sense. So we are hard at work. We have done our demand modeling. We have done our research. We have fully planned the park. We are beginning to work on it now with masquerading and so forth, preparing the land, installing infrastructure. So that's definitely a big priority.”

He then continued explaining that a new theme park takes five to six years to be developed, with Epic Universe’s development kicking off last year, this would align with rumors of the park opening around 2023.

The conversation also included Williams noting that Universal doesn’t have to compete against Disney and that “Disney owns the very young ones,” while explaining that Universal can be successful without having to pull in the numbers that Disney resorts do by focusing instead on the whole family.

The conference took place before SeaWorld announced the resignation of CEO Gus Antorcha on Sept. 16, while laying off more than 100 Orlando employees.

While acknowledging that they don’t compete directly against Disney, Williams did point to one group in Florida that the resort does face increasing competition against; the cruise industry, thanks in part to the cruise industry’s growing focus on private ports. These privately owned islands are used exclusively by each individual cruise line. Over the past 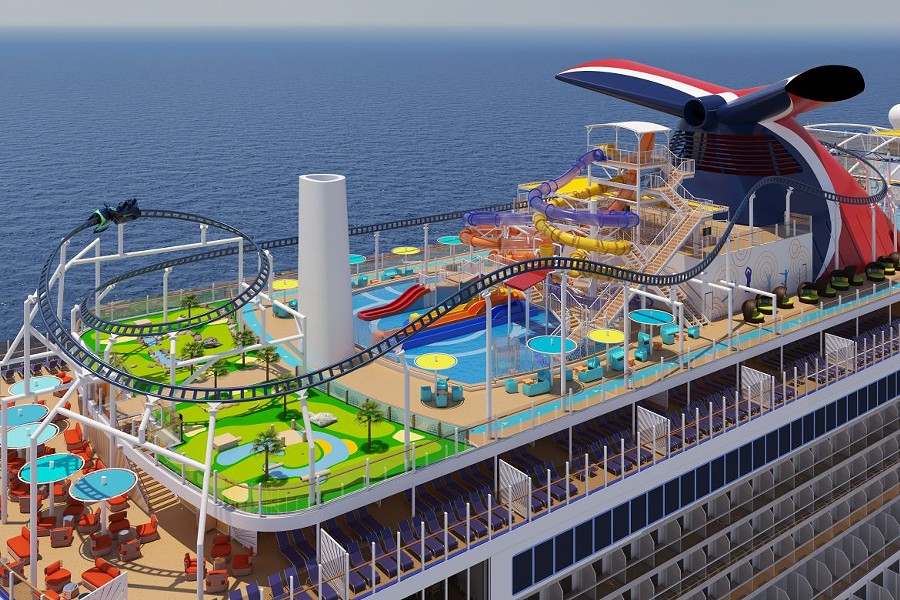 decade, they have turned from simple island retreats to full entertainment complexes, with some cruise itineraries now including multiple stops at them. From a roller coaster to complete waterparks, cruise ships themselves have also become even more amusement park-like experiences.

Disney and cruise lines are the biggest competition Williams doesn’t think that the other big name in Orlando is much of a worry. “SeaWorld is not quite the player that they used to be ever since Blackfish. It was on the air five minutes. And so it really is us and Disney, as far as parks.”

Disney might be focused on a slightly different demographic than Universal, but it looks like Universal is about to steal one of WDW’s biggest differentiators. When the new Super Nintendo World opens in Japan it will feature smart wristbands that interact with the land. Unlike Walt Disney World’s MagicBands, the Mario wristbands will be magnetically locked but otherwise, the two systems seem to include many of the same features, including ride performance tracking. This technology was supposedly built into the new Star Wars: Galaxy’s Edge attractions though it is unclear if Disney has unlocked that feature yet. Williams also hinted that the wristbands will interact with Nintendo consoles.

There have been rumors since Universal first announced Super Nintendo World that the land would have certain features designed to interact with Nintendo’s handheld gaming consoles, but the new wristband comments look to extend the interactivity back to guests’ home consoles.

Universal Orlando already has a smart wristband system with Volcano Bay’s TapuTapu. Unlike Disney’s custom-built MyMagic+, Universal’s TapuTapu is a slightly modified version of a commercially available system; the Prism wristband by "accesso." Six Flags, Herschend (who operate Dollywood, Silver Dollar City, and Stone Mountain), along with numerous other parks use the systems by accesso, but it was Universal’s all in on the newly introduced Prism wristbands that gave accesso some of its most prominent media attention ever. Unfortunately, the rollout was less than ideal.

Now, two years later, most of the issues at Volcano Bay have been ironed out and Universal looks to be moving forward with another wristband-based system. With the problems at Volcano Bay caused plenty of early negative press, it is unclear if Universal has tapped accesso for this new similar Nintendo-themed wristband system. It’s also unclear if the Super Nintendo World likely coming to Orlando’s Epic Universe park will include the wristband system. It is possible that a non-Nintendo themed wristband system will be used throughout the new park with Nintendo and other branded versions of the wristbands available for guests to choose from.

The Super Nintendo Worlds coming to Hollywood and Singapore are much smaller than the ones heading to Japan and Orlando, so it’s unlikely that the wristbands will be a significant focus, if available at all, at those locations. Pointing to concerns over Japanese – Chinese cultural relations, Williams did confirm that, for now, the new Beijing park won’t include a Super Nintendo World. 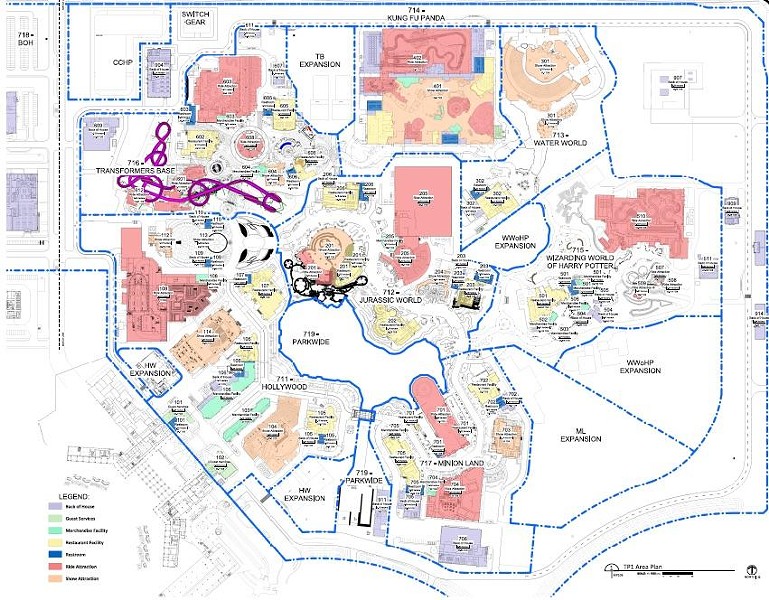 With a third amusement park in the works for Orlando, and with the Hollywood resort already struggling with size constraints, Williams did make one thing very clear: if the company does expand it won’t be anywhere nearby, with him stating that Asia is likely the next place the company expands with South America, North America, and Europe unlikely to see any new resorts anytime soon. Missing entirely from the conversation was the previously announced Moscow project. With tensions between Russia and America at some of their highest since the end of the Cold War, that project seems to be on indefinite hold despite Russian media reporting as recently as last year that the resort was still moving forward.

The future focus might be on Asia, but for now it seems like much of the attention is on Universal Orlando’s expansion. With a major new theme park, thousands of new hotel rooms, and dozens of other yet to be announced projects in the works for Orlando it’s clear that Universal still has plenty to talk about right here.