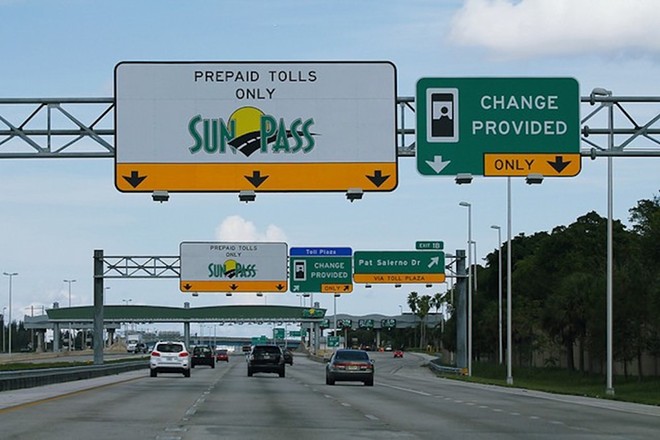 Florida’s Turnpike Enterprise is seeking to replace its back-office structure, after criticism for more than a year about a troubled project to upgrade the SunPass collection system.

The Department of Transportation on Friday announced what is known as a “request for information” that is a first step in contracting for the back-office services. The announcement came after Nicola Liquori, executive director of the Turnpike Enterprise, advised lawmakers last week that losses in toll collections could exceed $50 million since the upgrade project was undertaken by a company still under contract.

“We realize that we tripped a little bit, but we’re moving forward and we’re looking at ways to enhance our customer-facing tools to make that a better product for them,” Liquori told members of the House Transportation & Infrastructure Subcommittee on Wednesday.

The announcement Friday about the request for information noted the agency was looking for vendors with experience in processing complex transactions and account management systems.

“The turnpike is looking for recommendations on innovative, field-proven concepts and approaches, which currently may be in use within other industries,” a news release from the Department of Transportation said.

The state has penalized New Jersey-based Conduent State & Local Solution $10 million over the 2018 upgrade project that lasted months longer than anticipated and continues to face performance-based penalties. However, Liquori said the company’s performance levels have improved.

In July, Department of Transportation Secretary Kevin Thibault announced that Conduent’s $343 million SunPass contract wouldn’t be renewed when it expires in three years.

Liquori told subcommittee members that the toll-by-plate system, which is used to bill motorists who travel through collection points without SunPass transponders, has a backlog of about $120 million and 50 to 60 percent may not be recovered, even with the efforts of collection agencies.

When asked if that could put potential losses above $50 million, Liquori replied, “It’s possible.”

The toll-by-plate system accounts for about 11 percent of all toll transactions.

Rep. Mel Ponder, a Destin Republican who serves on the subcommittee, said new safeguards need to be in place with any new contracts to replace Conduent.

“What they’ve done to the state is pretty destructive,” Ponder said.

The state waived late fees and penalties to motorists who used toll roads tied the SunPass system while work was underway to complete the upgrade project, which was initially expected to last a week in June 2018. The first invoices to customers for tolls that had not been collected were sent out in January.

To help motorists who still owe, Liquori said the agency is offering lowered amounts to people who agree to join the pre-paid SunPass system. The lowered amounts are tied to SunPass toll rates —- toll-by-plate rates are higher —- and motorists can receive free sticker tag transponders, which have a $4.99 retail price.

Friday’s news release noted that the turnpike processes 4 million to 5 million toll transactions a day, and the new back-office system is expected to manage 9 million SunPass accounts and more than 12 million “toll-by-plate” accounts.