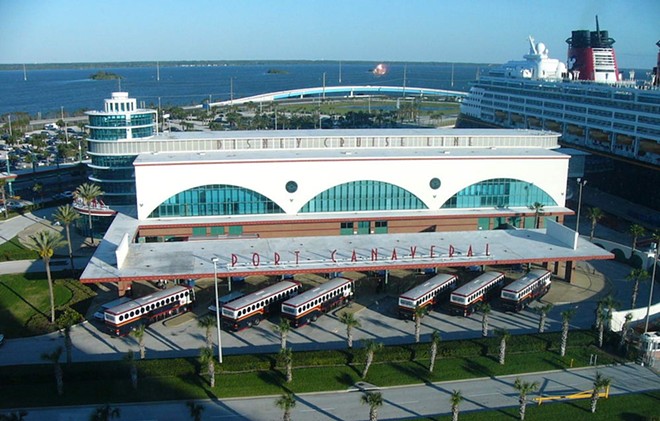 From a new aquarium to a new cruise terminal for Carnival and two updated terminals for Disney, Port Canaveral has some big projects in the works, but the Central Florida port is already ranking high for many cruisers.

Earlier this year, Port Canaveral was named in Global Traveler magazine’s annual readers’ survey as the “Best Cruise Port” in the world, along with winning the publication’s 2019 Leisure Lifestyle Award.

As "the Cruise Guy," cruise expert Stewart Chiron, reminded us today, Port Canaveral is not only the second-busiest port in the state but also the world. PortMiami is the busiest cruise port in the world, followed by Port Canaveral and Port Everglades.

The port’s impressive future plans were noted by the publication in announcing the awards. Kimberly Krol, editor in chief at Global Traveler, explained, "We're excited to see the results of the ongoing projects at Port Canaveral to develop their $163 million cruise terminal complex. This vision for the future is just one of many reasons our readers selected Port Canaveral best."

Previously, most cruise guests would head to the Port from Orlando, Daytona Beach, or other tourist areas on the day of their cruise embarkation, then leave soon after their disembarkation. The Port is now trying to convince cruise passengers to stay at or near the Port before or after their cruise.

While Brevard County offers many tourism-friendly sites, the area near Port Canaveral typically has the highest nightly rates and the highest occupancy rates in the county. The county as a whole performs slightly above the national average on hotel occupancy, but according to tourism and hotel tracking company STR, the Cape Canaveral and Cocoa Beach areas pull in occupancy rates that are 10% to 20% higher than the national average.
The county is expanding its hotel offerings, with more than 1,500 rooms now under construction. Even with these new rooms, the county will still have less than 11,000 rooms county-wide, or roughly a third the number of rooms available at Walt Disney World.

Orlando has continued to face competition from the cruise industry, as acknowledged recently by Universal Parks CEO Tom Williams. With more guests opting to skip the Orlando parks when cruising out of Port Canaveral, an extra day in Brevard County seems like an easy alternative.

But soon Port Canaveral will be competing only against Orlando, as it tries to increase visitor spending. Virgin Trains USA will open its higher-speed train linking South Florida to Orlando International Airport in 2022. The train company is now pursuing potential stations at the Fort Lauderdale-Hollywood International Airport, Boca Raton and the Port of Miami. Virgin Trains USA is also seeking a Phase Three that may take the trains to Tampa via the right of way, left over after Republicans blocked a voter-approved, state constitution-mandated statewide high-speed train system.

Tampa has the state’s fourth-busiest cruise port, just behind Port Everglades. But Tampa has struggled, as many of the largest cruise ships are unable to access the port, thanks to the Skyway Bridge. The bridge was designed to handle vessels that sit up to 180 feet above the waterline, and unfortunately, many new cruise ships are as much as five stories taller than that. Royal Caribbean’s Symphony of the Seas, the world’s largest cruise ship, sits nearly six stories higher than that, clocking in at 238 feet above the waterline. Symphony of the Seas' home port is PortMiami, where no such restrictions exist. There has been talk of building a new Skyway Bridge to open up the port, but a 2016 FDOT study estimates a new bridge may cost $2 billion and take four years to complete. Tampa has since shifted its focus to smaller ships, a trend that is catching on as more luxury cruise lines open. 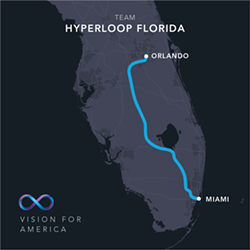 Virgin Trains USA isn’t the only link between Miami and Orlando that Port Canaveral should worry about. Another non-related though Virgin-backed transit company, Virgin Hyperloop, has proposed a separate connection between Port of Miami and MCO. That system would cut the current three-and-a-half-hour journey between the two cities down to 26 minutes. Neither Virgin-backed transit service has plans for a stop in Brevard County, but both are looking at linking to PortMiami, where the Virgin Voyages cruise line will be based. 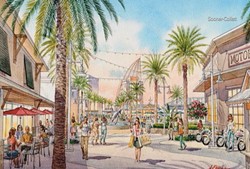 With so much competition from other ports in the state, any accolades and attractions to help Port Canaveral differentiate itself should help it obtain an ever-increasing share of the cruise industry’s $7.97-billion contribution to the state’s economy. And if the recent awards are any indication, so far the plan at Port Canaveral seems to be working.