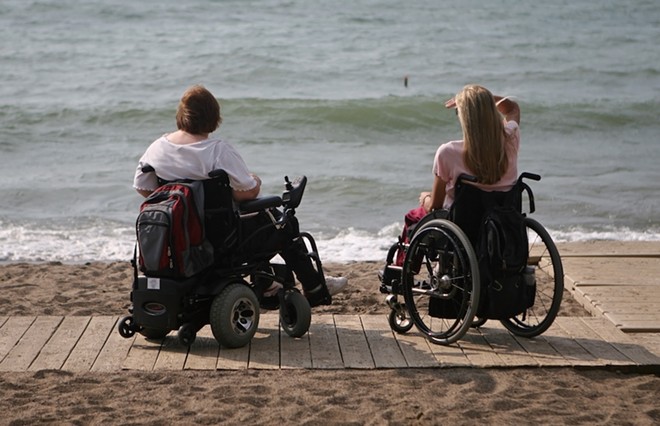 With time running out before state officials offer changes to a Medicaid program that serves people with disabilities, an advocacy group has proposed ways to make the program better, including steering clear of for-profit managed care plans.

In a new report, the Florida Developmental Disabilities Council recommends that lawmakers provide a big enough boost in funding to address a lengthy waiting list for services and increase payments to providers who assist in caring for people with developmental and intellectual disabilities.

The priorities pitched by the group were based on the results of a survey of 1,909 caregivers and people with developmental and intellectual disabilities. It gauged the most-crucial services for people with disabilities to continue living in their communities. The survey also provided a snapshot of the people served by the program.

The report came at a critical time as state officials have been charged by legislators to propose a redesign of the program, a move that has caused anxiety among providers and family members who rely on state help. Services for people with disabilities are one of the few Medicaid programs in Florida not delivered by for-profit managed care plans.

These are the components of our State Plan because these areas require attention in order to improve the lives of individuals with developmental disabilities. Learn more about our plans and join us in our mission! https://t.co/Foy070EFpQ pic.twitter.com/C0obYcjBu8

Companion services were second on a list of critical services, with support from 34 percent of survey respondents, followed by adult day training, transportation and respite care.

The report and recommendations were released just days before the state Agency for Persons with Disabilities is set to submit to the Legislature a redesign of what is known as the iBudget program. The program will be a priority for lawmakers during the 2020 legislative session, which begins Jan. 14.

Calling all individuals with a developmental disability and parents/guardians! FDDC just released its iBudget Waiver Survey to gain valuable insights into waiver services and to help @FloridaAPD understand what services are critical. Take the survey here: https://t.co/l1roKkObuX pic.twitter.com/YUOZRYw7Zl

The redesign was a priority for the Florida House, which included the issue as part of the budget process. Senate budget chief Rob Bradley, R-Fleming Island, told The News Service of Florida last week that he will take “very seriously” the suggested redesign, which must be submitted to the Legislature by Monday.

“Every year, it’s the same situation where we are filling in the back of the (budget) bill for some needs that need to be met,” Bradley said. “We need to probably end that cycle, and we need some ideas to redesign the program.”

The Agency for Persons with Disabilities is anticipated to have a $50 million general-revenue deficit by June 30, the end of the current fiscal year.

Administered through the state’s Medicaid home- and community-based waiver program, the iBudget was implemented in 2014. The iBudget was designed as part of an effort to help people with disabilities live as independently as possible in their homes or in the community. Participants have individual budgets to spend on the services they require. Budgets are determined using a complex algorithm.

As of January, the program served 34,500 people, according to a state report. Another 21,900 people were on a waiting list for services.

The new report from the Florida Developmental Disabilities Council is titled, "Preserving the iBudget," with a sub-title, "Building Our Case."

Unlike other Medicaid programs, the iBudget program isn’t reviewed quarterly by state economists to predict caseload growth and expenditures. The Legislature appropriates money without the benefit of the state’s economic review.