One of Animal Kingdom's rides has been shut down for months, and the mystery could tell us about the future of Disney 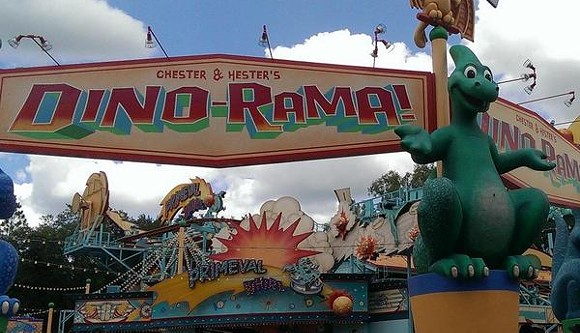 Despite Star Wars: Galaxy’s Edge recently opening at Disney’s Hollywood Studios, the demand for the two-year-old Avatar-themed Pandora land at Animal Kingdom has yet to dissipate.

A new nighttime show, Rivers of Lights, at the animal-focused theme park was designed to draw people away from Pandora and to the opposite end of the park, but the show has been a spectacular failure of a caliber rarely seen in Orlando. The failure of the nighttime show – along with lower demand for other new offerings in the park, like a nighttime safari – has meant Pandora remains one of the park’s primary draws, and is home to its largest crowds.

Now, more than 27 months since its opening, Pandora’s E-ticket attraction, Flight of Passage, still has an average wait time exceeding two hours, even on the slowest days. Busier days see average wait times topping three and a half hours, according to wait-time tracker Touring Plans. The private, third-party theme park tracking company still regularly posts actual wait times of over four hours for the attraction on the busiest of days.

The long waits have caused people to resort to relieving themselves while in the queue, with Disney addressing the issue via ‘potty passes’ that allow guests to leave the queue to use nearby restrooms. The long lines also mean that the ride is one of the most sought-after FastPass reservations throughout all of Disney World. A seemingly endless number of blogs and vlogs give future guests advice on how to score the prized FastPasses, which typically requires guests, more than two months in advance of their vacation, to count down the minutes until the ride reservation system opens for their dates.

Offsite guests are stuck waiting for reservations to open only 30 days ahead of their visit, and regularly discover it is impossible to find availability for the ride. When Disney World is described as being too complicated and stressful, the uber-popular Flight of Passage is frequently pointed to as the biggest reason.

After the unsuccessful attempt with Rivers of Lights, including an updated version that debuted earlier this year, and the other nighttime offerings, it looks like Disney has now come to accept that the only way to address the crowd flow issues within Animal Kingdom is to build more attractions. Currently the park, now the third-busiest in the nation, only has nine rides.

There is a plot for a third attraction within Pandora, and fourth smaller expansion plot also within the land, but Disney will likely wait until Avatar 2 comes out in 2021, or even Avatar 3 in 2023 before deciding if it wants to expand the land. Also, with Pandora already being one of the busiest areas in all of Disney World, adding a new ride to that area ahead of other investments in the park would only exacerbate existing crowd-flow problems

In the meantime, rumors continue to spread pointing to Disney planning to reimagine the Dino-Rama section of DinoLand USA in Animal Kingdom. DinoLand sits just feet away from the stadium where the nighttime show takes place so the land would be a clear choice for a new addition.

There were previous rumors of a boat ride using the same technology as the award-winning Shanghai Disneyland version of Pirates, possibly themed to Indiana Jones, but now that ride attraction looks to be canned.

At Disneyland in California, an Indiana Jones ride using the same ride system and a nearly identical layout as DinoLand’s Dinosaur ride opened in 1995 and remains a favorite with guests to this day. That has led to past speculation that Disney would replace the dinosaur theme with Indiana Jones, but that too is increasingly unlikely, as Disney considers which of its growing roster of intellectual properties will be represented in Florida.

DinoLand USA is also home to Animal Kingdom’s only kid-friendly areas, with a sizable multi-level playground, a Dumbo style spinner, and up-charge carnival games. Any replacements to this area would need some kid-focused additions within it or added to other areas of the park. 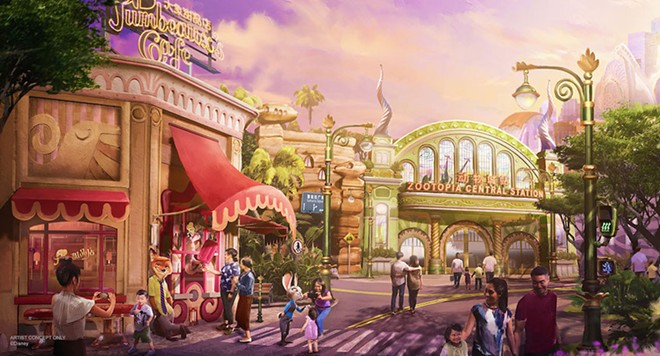 Zootopia has also been strongly rumored to be joining Animal Kingdom, with many fans previously speculating that a land similar to the one now under construction at Shanghai Disneyland would eventually make its way to Florida. Rides in the Asian parks, with their third-party majority-share ownership, typically have a five-year exclusive agreement. Shanghai Disneyland’s TRON likely holds a contract like this, a possible factor in why Magic Kingdom’s version won’t open until the summer of 2021. That's the fifth anniversary of Shanghai’s opening.

The new Shanghai Zootopia is at least two years away from opening, so a similar agreement would block it from coming stateside until 2025 or 2026, at the earliest. That is just past 2024 timeframe that insiders are reporting a new major addition is slated for Animal Kingdom. But as the park is already struggling, and with competition against the likes of Universal Orlando’s new theme park, expected to open around 2023 to 2024, another two years without a major new ride could be an expensive risk. Epcot’s major overhaul won't see significant progress until the end of 2023.

Other supposed proposals for the park include a family-friendly Fantasyland-style dark ride, likely themed to an animal-focused Disney property, such as The Lion King or The Jungle Book. A boat ride themed to the live-action Jungle Book was floated as a potential attraction for a rumored India pavilion that may eventually come to Epcot. It’s unclear if the rumored Animal Kingdom Jungle Book ride is the same concept, as now rumored for Animal Kingdom but for now, neither seems very likely.

It will be at least 2024 before any significant additions are seen in the 21-year-old theme park. In the meantime, out of those nine rides within the park, two now look to be operating only seasonally, meaning they are closed during slower months. Disney has confirmed that one of those attractions, the Wildlife Express which connects to Rafiki’s Planet Watch, is now seasonal but a second attraction, DinoLand USA’s off-the-shelf set of spinning coasters, Primeval Whirl, mysteriously did not open on June 17.

Various rumors have spread regarding why Disney shut down the coaster, with many pointing to a recent news event in the U.K., at the Twister coaster at North Yorkshire’s Lightwater Valley. On May 30, a seven-year-old boy fell from that ride and was airlifted to a hospital for head injuries. It is, however, unlikely that the accident was related to Disney’s closure three weeks later. Lightwater Valley saw a deadly accident on the same coaster in 2001, a year prior to Disney’s Primeval Whirl opening. At the time of that incident, the ride manufacturer was fined for failing to ensure the safety of the construction of the ride. Leaders from the small regional amusement park eventually plead guilty to breaching health and safety laws in relation to the 2001 incident.

Despite being from the same ride manufacturer, there seems to be very little in common between the problem-prone U.K. park and Disney, which is known as a global leader in guest ride safety.

Other theories point to issues with being able to acquire pieces needed for the 17-year-old Primeval Whirl. While this is possible, the Reverchon coaster is only a slight variation of a much more popular Zamperla coaster. Fun Spot in Kissimmee has one of the Zamperla spinning coasters. It’s not uncommon for parks to find replacement pieces from other manufacturers, or in some cases, even manufacture the parts themselves. It’s been nearly two decades since both Arrow Dynamics and Custom Coasters International shut their doors but dozens of coasters by the previous companies still operate, including Disneyland’s Matterhorn.

For now, it’s unclear why Primeval Whirl sat unopened throughout the summer. It’s also unclear when, or if, it will reopen. That uncertainty reflects a larger reality at Animal Kingdom: the company likely hasn't decided anything. 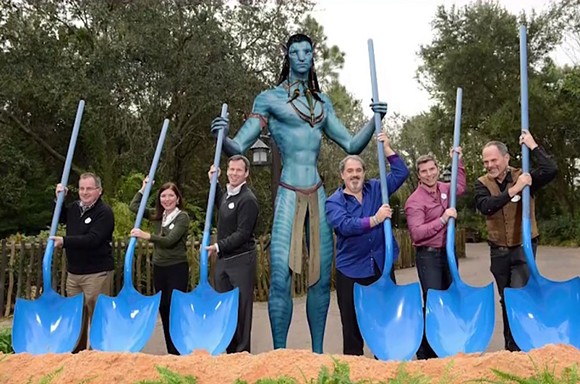 Significant leadership shakeups are expected ahead of Disney CEO Bob Iger’s retirement in 2021, and each Disney park is likely lining up ten-year plans to present to new leadership, while not getting too deep into projects that Iger himself hasn’t already sanctioned.

Many of the executives thought to be the next in line have left the company in recent years and others, like Parks, Experiences, and Products chairman Bob Chapek now having their leadership questioned, as the parks look to be heading into rougher, and more competitive, seas. In a long-winded post, industry insider Gary Snyder, the estranged cousin of Shari Redstone, who now controls ViacomCBS, suggested an internal coup was in the works at Disney. The result could be Chapek taking the fall for many of the recent parks hiccups.

After reports of higher-level layoffs and forced resignations earlier this month at Walt Disney World, on Monday evening Disney announced the President of the Disney Parks' Western Region, Catherine Powell, would be leaving the company. Powell oversaw all of the Disney parks that company wholly owns, including the eight theme parks found in Orlando, Anaheim, and Paris. With control over all three full resorts, Powell was one of the most powerful executives under Chapek, and she remained in good graces with many who criticized the changes happening across Disney parks. It’s believed that the company will eliminate Powell’s position as part of the latest round of restructuring.

In the meantime, at least a new nighttime show is rumored to be heading to the park as part WDW’s 50th Anniversary in 2021. In addition to the new, yet-to-be-announced show, few other noteworthy projects look to be in the works for the park. Meanwhile, at Florida’s other animal-focused theme park – the one that Animal Kingdom was originally opened to compete against, Busch Gardens Tampa – will debut what is likely the most anticipated new roller coaster of 2021, the record-breaking Iron Gwazi.