After two decades and numerous awards, tonight is the final 'IllumiNations' show at Epcot 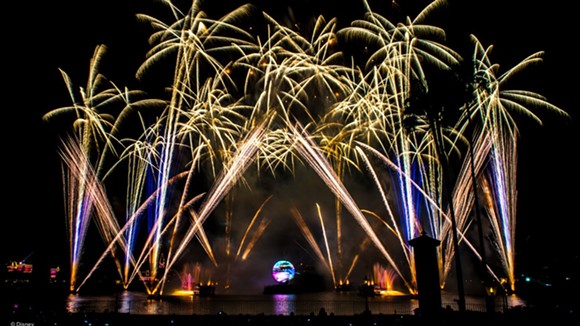 After two decades, one of Epcot's most notable changes will take place over the next 36 hours. "IllumiNations: Reflections of Earth" will have its final performance this evening, and the new, temporary "Epcot Forever" show debuts Tuesday, Oct. 1.

The current nighttime show opened as part of the park’s Millennium Celebration in 1999, but after the event ended in 2001, the popular nighttime show remained.

With aging support infrastructure and a push to shoehorn in Disney intellectual properties wherever possible, "IllumiNations: Reflections of Earth" will ultimately be replaced by "HarmonioUS," a new nighttime spectacular that celebrates the role of music, specifically Disney music, in uniting the world. While Disney promises the new westernization- globalization-fueled show will be “the largest nighttime spectacular ever created for a Disney park,” the turnaround preparation time will be filled with the temporary "Epcot Forever" show.

Celebrating the history of Epcot via its music, characters and vision, the temporary show will use fireworks, lasers and, in what is a reference to one of the park’s oldest lagoon shows, special effect kites. But unlike the kites used in 1980's "Skyleidoscope" daytime lagoon show, the "Epcot Forever" kites will be viewable at night thanks to unique built-in lighting.

Sometime in 2020, "Epcot Forever" will be replaced by "HarmonioUS." Much like its predecessor, the new music-focused nighttime spectacular will use the very latest technology to tell its story. Water fountains, custom-built LED screens and “massive floating set pieces” will join the usual pyrotechnics, lasers and lighting effects, all set to a multilingual soundtrack of iconic Disney music.

"HarmonioUS" is part of a multi-year, multi-phase reimagining of Epcot that also includes a complete overhaul to the front of the park currently

known as Future World, the introduction of new Disney character-branded attractions, multiple new films, a new space-themed restaurant, a play-themed pavilion, and a multi-level Festival Center with a rooftop garden. It's believed the upcoming Festival Center will be home to up-charge dessert parties with firework viewing, though Disney has yet to comment on this speculation.

Despite the promises of original stories and cutting-edge technology, both of the new shows will have a difficult time filling the void left by "IllumiNations: Reflections of Earth." Having won the Best Outdoor Night Production Show at the Golden Ticket Awards, the amusement industry’s equivalent to the Oscars, for 11 straight years, "Reflections of Earth" remained an enduring favorite despite its age.

Pieces of the original score by composer Gavin Greenaway are still used by the U.S. Department of State in videos to showcase American culture and are regularly heard as part of firework celebrations around the world. The Disney-produced Department of State video was also used by Homeland Security at multiple international gateways, and is one of the first things visitors saw and heard upon entering the United States.

One thing still unclear is what the new shows will do come the holiday season. Since the mid-1990s, when a previous version of "IllumiNations" was operating, the holiday productions have included a special end segment narrated by Walter Cronkite. It’s unclear if this segment, or at least its narration, will remain with the new shows.