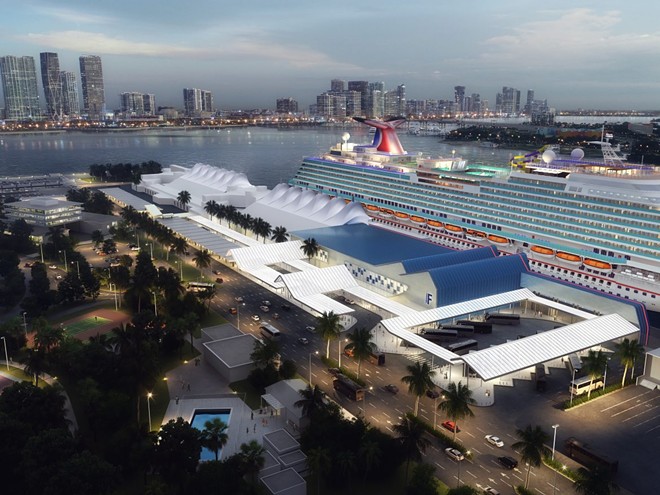 Carnival Cruise Line had a busy September, with a non-stop rollout of announcements regarding its future.

The report contained more than 800 incidents over a one-year period which included 24 illegal acts, ranging from mishandling sewage to dumping food waste into the waters off the cruise line’s island in the Bahamas. In one extremely concerning event, a dead humpback whale was stuck to the front of the Grand Princess ship, of the Carnival owned Princess Cruises, when it pulled into the Ketchikan, Alaska port. As noted in the report, this wasn’t the first time a Carnival operated ship had struck whales in Alaska.

Now the world’s most popular cruise company is working to clean up its image and the oceans. A new partnership with famed ocean explorer Jean-Michel Cousteau and his nonprofit marine conservation and education organization, the Ocean Futures Society, will bring in outside expertise on a number of environmental initiatives. In announcing the partnership, Chief Communications Officer Roger Frizzell noted that protecting and sustaining the oceans was a top priority for the company.

Cousteau pointed to how the ocean is vital to everyone. “We are all connected to the ocean in some way no matter where we live, and it is clear that the health and vitality of the world’s oceans depend on our collective global commitment to preserving the environment that we all share.” He continued, “We look forward to working with Carnival Corporation to further enhance its environmental initiatives, and we commend the company’s long-term commitment to environmental stewardship and excellence.”

At Carnival Cruise Line, the company’s flagship line which accounts for more than 1 in 5 cruise passengers in the world, and brought in more than $4 billion in net revenue for the company in 2018, innovation and growth are reflected in its ships, private ports of call, and plans for future terminals. With Terminal 3 at Port Canaveral already well underway, the company is now looking to remodel and expand Terminal F at PortMiami, which it has more year-round sailings than any other cruise line.

The low-slung terminal with a translucent-white roof reminiscent of the Denver International Airport stretches along the waterfront. With an estimated price tag of $195 million, the new terminal comes in at about $50 million less than the nearby new Royal Caribbean terminal and below Virgin Voyages new $239 million terminal, but unlike either of those, the recently approved updated Carnival terminal will use some of the existing terminal, resulting in the lower cost. Once finished Terminal F will be Carnival’s largest terminal in North America.

Jumping to the West Coast, the soon-to-launch Panorama will include some impressive, cutting-edge technology. In one of the two new Playlist Productions shows for the ship, the Woodstock-inspired, Blue-Man-Group-meets-the-Rolling-Stones-like show, Rock Revolution, will feature LED-illuminated drum sets, a horn trio, and a fleet of drones that will “dance” throughout the theater. The use of drones within the theater is especially impressive, considering the unique, swaying dynamics of a theater inside a cruise ship.
“When planning Carnival Panorama’s Playlist Productions shows, we challenged ourselves to think more creatively than ever before to find ways to ‘wow’ both our longtime guests and those sailing with us for the first time,” said Kerry Stables, creative director of Carnival Productions. “From performing drones to new music genres and a keen attention to costuming, décor and theme details, these shows prove how innovative our productions have become and raise the bar on our offerings in a fun, creative and unique way.”

As is typical with most cruise ship shows, Rock Revolution and its drones are expected to eventually make their way some of Carnival Cruise Line’s other ships.

Back here on the Atlantic coast, Carnival wrapped up its busy news month by announcing new investments in two port developments in the Bahamas. The combined $180 million projects will see a new destination port developed on the south side of Grand Bahama to be primarily used by Carnival Cruise Line, including by the Mardi Gras, and updates to the Half Moon Cay port, mainly used by the company’s Holland America Line and Carnival Cruise Line, on the island of Little San Salvador. existing facilities. As of now, few details regarding either project have been shared, but with the Caribbean nation still recovering from Hurricane Dorian, Carnival stated that “construction parameters that are designed to meet or exceed guidelines for being able to mostly withstand the impact of a Category 5 hurricane.”

In the days after the storm, Carnival delivered nearly 3,000 tones of food and supplies to the nation and, via its guests and employees, donated more than half a million dollars to relief efforts.

Construction on the two projects will begin in the mid-2020s with details regarding them to be released in the coming months.