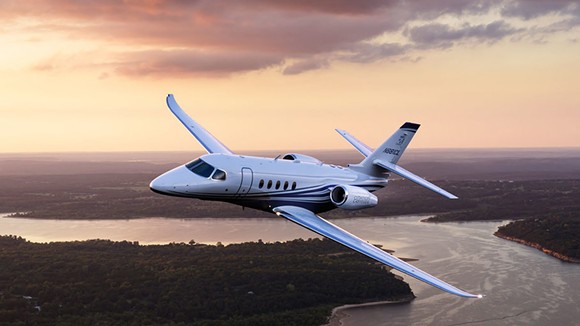 Upon taking office, Gov. Ron DeSantis’ made his first trip out of Tallahassee aboard an upgraded King Air aircraft that law-enforcement officials had seized in a drug bust.

That's because his predecessor, Rick Scott, was the wealthiest governor in state history and got rid of state planes, opting to use his own private plane for state travel. When the drug-bust plane had to make an emergency landing earlier this year with the governor aboard, Florida House Speaker Jose Oliva voiced support for purchasing a state-issued plane.

Since then, the governor and First Lady Casey DeSantis, who doubles as one of his top political advisers, have sometimes drawn headlines for flying on private jets owned by donors. Most recently, Politico Florida reported that Casey DeSantis hitched a ride on Republican donor Mori Hosseini’s plane to attend an event to announce funding for one of her mental-health initiatives.

The $15.5 million business jet still doesn’t have an estimated arrival time at Tallahassee International Airport. But the plane is being built as attorneys hammer out final key details.

“The contract is not holding up the process of the production of the plane,” Gretl Plessinger, a spokeswoman for the Florida Department of Law Enforcement, said in a statement, adding a “contract for the purchase of a commodity of this size” takes time to finalize.

Attorneys with the state agency have been negotiating details of the contract and financing for the nine-passenger plane for more than 70 days. The delivery of the plane and pilot-training requirements are among the details that will be included in the contract.

Until the specifics are hashed out, it remains unclear when the plane will be available to the governor, who regularly travels across the state.

The planned airplane model is a Cessna Citation Latitude from Textron Aviation Inc. The company advertises it as a jet with “elegant and lean design," an electronic door, touch-screen avionics and a spacious 6-foot standing cabin.

A state negotiation team recommended acquiring the jet in late July. It will be purchased, rather than leased, and will be financed. Jessica Cary, an FDLE spokeswoman, pointed to $1.2 million in recurring state funds as how the state agency will “make payments toward the financed purchase."