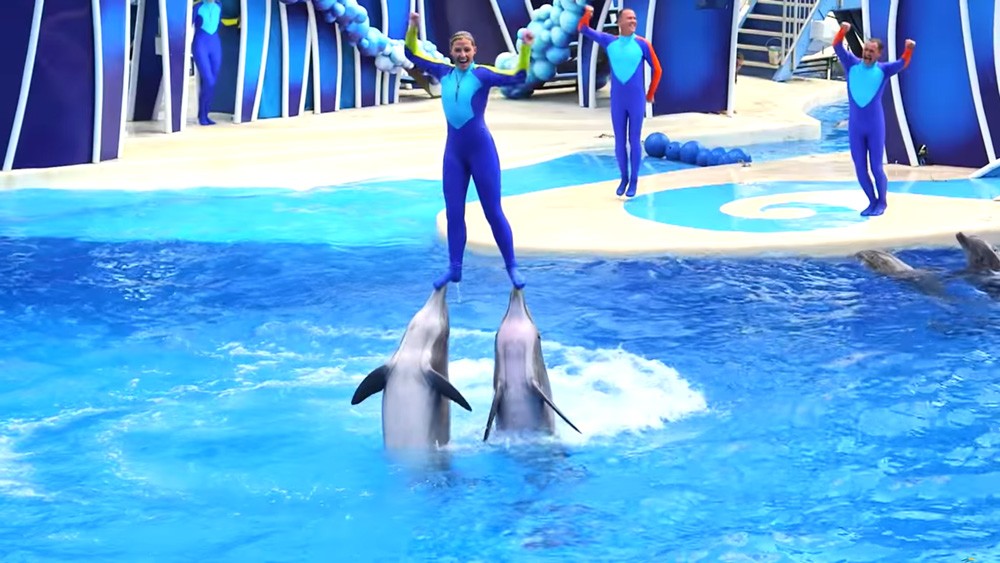 TripAdvisor is extending their commitment to protecting captive animals by banning ticket sales to events and experiences which use dolphins and whales performing on public display.

The changes to their Animal Welfare Policy announced on Tuesday could have negative effects for SeaWorld, where dolphins and whales perform daily for guests.


Exceptions will be made for "seaside sanctuaries" that use a “natural body of coastal water, such as a bay or cove, that houses cetaceans in as close to a natural environment as possible," said the company in a statement. That doesn't include the massive cement and glass enclosures at SeaWorld and similar parks.

"The extensive evidence presented to us by the experts was compelling," said TripAdvisor president Dermot Halpin in the press release. "Whales and dolphins do not thrive in limited captive environments, and we hope to see a future where they live as they should - free and in the wild."


Back in 2016, Trip Advisor made a commitment to no longer “sell tickets to, or generate booking revenue from, specific experiences where tourists come into physical contact with captive wild animals unless certain exceptional circumstances apply.”

The company is making exceptions for some animal experiences, including allowing sales to aquarium touch pools used for education purposes with tourists under zoo supervision, invertebrate touch and feel experiences – such as spider and insect experiences, any feeding or touching program in a captive environment under zoo supervision, "where physical interaction is initiated by the animals themselves as a natural behavior," meaning the animals "are not drugged, baited or intimidated into compliance." Volunteer programs for endangered species preservation at zoos, aquariums or sanctuaries are also excepted from the ban.

"We believe the current generation of whales and dolphins in captivity should be the last, and we look forward to seeing this position adopted more widely throughout the travel industry," said Halpin.


SeaWorld has already appeared to make a shift from their live animal shows. On March 17, 2016, SeaWorld announced the end of their breeding program, signifying the last generation of orcas in captivity in their care, with orca shows planned to end in 2019 altogether.


We are disappointed by TripAdvisor’s new position that ignores the educational value and conservation mission of professionally accredited zoos and aquariums.

SeaWorld believes deeply in the mission of these organizations. As a member of WAZA, certified by American Humane [sic], and accredited by AZA, as well as numerous other certifications and accreditations from leading accrediting bodies, SeaWorld maintains the highest standards of care for all animals, including cetaceans.

And regardless of TripAdvisor’s position, SeaWorld will continue to advance education and animal conservation efforts along with our millions of supporters, professional scientists and other science based organizations around the world.

Their statement linked to a press release from the Association of Zoos & Aquariums regarding TripAdvisor’s announcement.