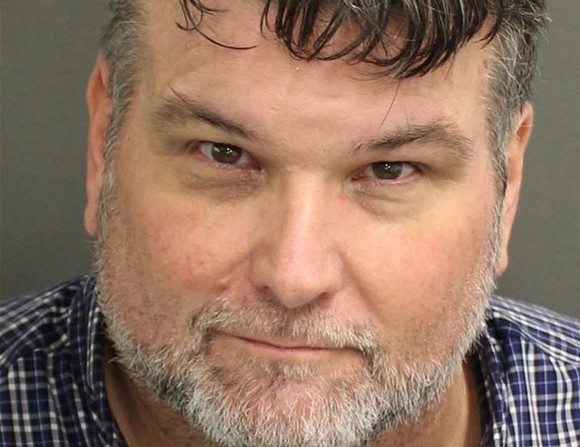 Last week we told you about Rev. Bryan Fulwider's arrest for alleged sexual abuse of a child, who reported sexual battery by the pastor between 2005 and 2010. Now, it has been revealed Fulwider's attorney had a past romantic relationship with Fulwider's alleged victim.

According to the Orlando Sentinel, court documents reveal the victim’s lawyer, Lisabeth Fryer, has asked that the attorney representing Fulwider, Jacob V. Stuart Jr., be removed from the case, due to a past romantic relationship between the alleged victim and Stuart in 2012, when she was over the age of 18.

Fryer states that the alleged relationship is a conflict of interest that violates the Florida Crime Victims’ Bill of Rights and rules of professional conduct for Florida attorneys. Meanwhile, Stuart Jr. filed a petition to strike the motion, calling his relationship with the victim “brief and casual.” Stuart — who is the nephew of District 3 Commissioner Robert Stuart — denied any wrongdoing.

At a bail hearing on Thursday, Circuit Judge Elaine Barbour told the court she would address the update in the case on a later date. Fulwider is currently being held without bail on 30 counts of sexual battery on a minor by a person in custodial authority and faces life in prison if convicted.

During a controlled call set up by the Winter Park Police Department between Fulwider and the alleged victim, Fulwider referred to himself as a predator in the “eyes of the law” and allegedly told the victim that he loved her and that it would be best for him if she denied any allegations against him, according to an affidavit acquired by the Orlando Sentinel.

Barbour said she plans to make a written ruling this week after listening to the full 53-minute phone conversation between Fulwider and the victim.

Fulwider, 59, is the former co-host of “Friends Talking Faith With the Three Wise Guys,” which has aired on Orlando NPR affiliate WMFE-FM since 2012. Fulwider also served as pastor for the United Methodist Church for the past 3o years and was a finalist for the Orlando Sentinel’s 2018 Central Floridian of the Year award.