The future of Florida's amusement parks is about to get really complicated, thanks to a bunch of investment firms

Recent negotiations between Six Flags and Cedar Fair, two of the nation’s biggest amusement park operators, shook the industry. But even as the likelihood of the merger fades, the possibility of it alone is a sign of potentially significant changes about to take place in an industry that is the cornerstone to Florida’s economy.

Orlando is home to what is known as the “Big Three” within the amusement industry. While there is some debate around SeaWorld’s continued spot within the “Big Three,” the term typically refers to the three most recognizable amusement brands within America; Disney, Universal, and SeaWorld. Beyond these three are two other brands that many are familiar with; Six Flags and Cedar Fair. There are also a handful of other prominent names within the industry, including Merlin, Palace Entertainment, Premier Parks, Herschend Family Entertainment, and Apex Parks Group.

Out of that list of ten big names within America’s amusement park industry, seven rank within the ten largest park operators in the world, though in some cases, like for Merlin and Palace’s parent company Parques Reunidos, those global rankings have more to do with international parks than U.S. based ones.

Merlin, who operates the ever-expanding Legoland chain of theme parks and a number of “midway” attractions like the Sea Life aquariums and Madame Tussaud’s, is being taken private. The buyers, a three-party group made up of the Lego heirs, the Blackstone corporation (who has previously owned shares of both SeaWorld and Universal), along with the Canadian pension fund CPPIB, have both the funding necessary for dramatic expansions and the experience within their own ranks to ensure it happens smoothly. With the buyout, the Lego heirs, via their Kirkbi private investment company, now own 50% of Merlin. Previously, Blackstone and Kirkbi both held stakes in Merlin, during which time the company more than tripled its number of attractions and saw dramatic increases in visitor numbers. It also was during this time that Merlin expanded via a number of acquisitions, most notably the Tussauds Group.

Orlando-based Ripley Entertainment has followed a similar plan, though with no amusement parks as part of their portfolio, at least for now. Instead, Ripley has followed Merlin's model of opening smaller 'midway' attractions, like its line of extremely popular aquariums, while also maintaining its unique position within pop culture, thanks to its increasing media presence via its relaunched television show and new podcast series. 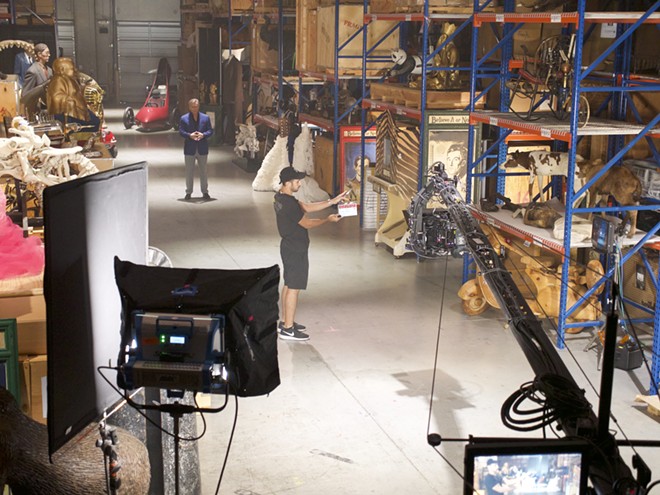 The smaller "midway" attraction model is just one part of Merlin's success story. Already the second-largest theme park operator in the world by attendance, Merlin had previously expressed interest in the two SeaWorld-owned Busch Gardens parks, which are similar to some of Merlin’s thrill heavy, coaster anchored European parks.

Despite Merlin publicly stating their interest in purchasing the Busch Gardens parks, SeaWorld was not interested in selling off one of its most reliable assets. With the new deep-pocket owners, Merlin could move again to purchase parts of or all of SeaWorld, though at this point the focus seems to be on the expanding Legoland chain of parks, with a New York state park opening next year and a second park in China recently announced for Hainan.

With new owners and an increasing presence in America, Merlin will become ever more prominent within the nation’s amusement park industry. Even with that increase in prominence, there’s still plenty of catching up to do with America’s other leaders though they follow a similar playbook. That plan is currently being used by another industry leader in achieving an even bigger piece of the pie.

The recent increase in focusing on coasters across both the SeaWorld and Busch Gardens chains could also make the company more appealing to companies like Six Flags.

Two weeks ago, a $4 billion offer by Six Flags to buy out Cedar Fair was rejected for being too low, according to Reuters. The mostly stock offer would have valued Cedar Fair at around $70 per share, well above the $58 the company was trading at before the offer.

Reuters also reported the deal would have included a number of executive positions at Six Flags for Cedar Fair leadership, an important hint at the leadership plans, or lack of plans, for Six Flags following CEO Jim Reid-Anderson’s upcoming retirement. That indicates Cedar Fair ownership isn’t opposed to a buyout if the price is right. With its new ownership and increasing interest in North America, along with similar park demographics to their existing thrill parks, Cedar Fair might be an enticing purchase for Merlin. The Six Flags offer also shows how that company, the seventh most attended chain in the world, is looking to continue its recent expansions, which included adding five parks into its fold last year alone. With the Cedar Fair deal put on ice for the time being, Six Flags may turn to other smaller park owners. One of those could be SeaWorld, which is valued at more than billion dollars lower than Cedar Fair. A deal by Six Flags for SeaWorld could provide it some crucial items, specifically the rights to the Sesame Place parks, which are nearly identical to a new kids park concept Six Flags is now developing.

A deal with SeaWorld, however, is less appealing than a Cedar Fair one, due to SeaWorld’s own issues with retaining key leadership. With nearly every high-ranking executive within the company having resigned within the past two years, SeaWorld offers Six Flags very few little in the way of leadership. That didn’t stop rumors of a potential buyout of SeaWorld by Six Flags from spreading like wildfire late last year. That buyout seemed to hinge on Six Flags purchasing Zhonghong’s 21% stake in SeaWorld. Zhonghong collapsed in spectacular fashion earlier this year as the fast growing Chinese developer’s debt overwhelmed it. SeaWorld’s second-largest shareholder, New York-based private equity firm Hill Path Capital, purchased much of the Zhonghong stock, raising its own stake in SeaWorld to more than 34%, and with it control of the company.

Instead of a buyout, if current speculation is correct, SeaWorld and Six Flags may find themselves competing against each other in a bidding war for some of the other U.S. parks. For more than a year, famed industry reporter Joe Kleiman, who last year was the first to report on the potential negotiations between Six Flags and SeaWorld, has been covering the increasing web of links between Hill Path Capital, SeaWorld, and Parques Reunidos via his personal blog, Themed Reality.

SeaWorld is now being run by Scott Ross of Hill Path Capital. Prior to Hill Path, Ross worked for another private equity firm, Apollo Global, where he oversaw the buyouts of Chuck E. Cheese and Great Wolf Lodge. Scott Ross and Hill Path may be looking to repeat the impressive value improvements that he helped achieve with his active role in both Great Wolf and Chuck E. Cheese. Though it currently only holds slightly less than a 5% stake, Hill Path has been increasing its holdings in Dave and Busters, another entertainment-focused brand that might be a surprise contender in the amusement park space within the next few years.

With the mid-tier companies like Six Flags looking to expand, and with smaller attractions, like Palace’s marine parks, struggling to stay open right now – just as new private equity investors are taking control – it is nearly unmistakable that a major shakeup is about to happen within the nation’s amusement industry. What is still uncertain is how this coming shakeup will impact SeaWorld, Fun Spot, Ripley, and Orlando at large.