Wawa continues its takeover of Florida with 200th-store celebration 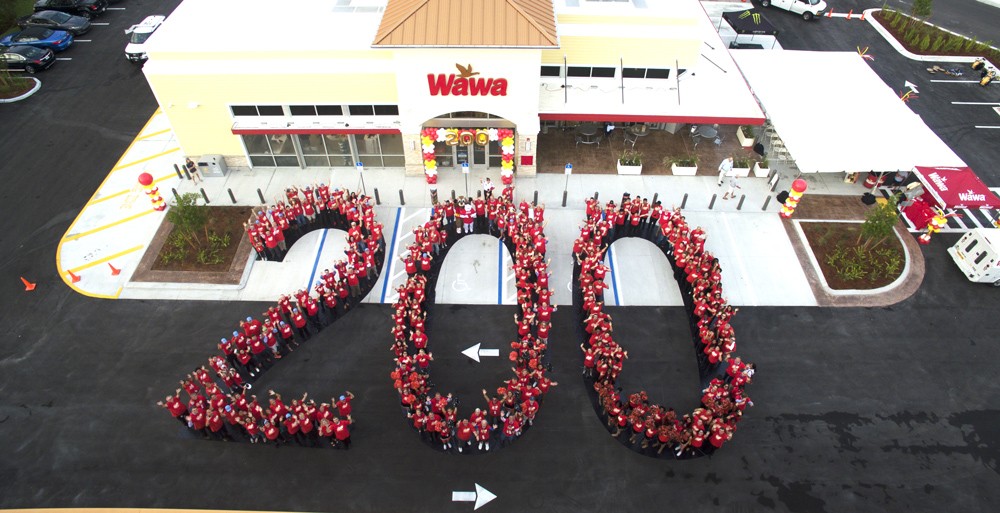 Wawa, the ubiquitous combination of gas station and fast-food joint, has just reached a new milestone in its Sunshine State saturation. The company announced its 200th Florida store opening on Wednesday, in Naples, hometown of U.S. Sen. Rick Scott.

Originally from Philadelphia, the Wawa brand made its Central Florida debut in 2012, thanks to a borderline-obsessive push by then-Gov. Scott, who even offered to name a Florida town after the chain.

Since then, the stores have sprung up everywhere, briefly becoming the obsession of your coworkers. Ten stores are open in the Orlando area, and Wawa shared new plans for expansion back in April, announcing they would open 20-30 stores a year – expecting to reach Florida 400 stores by 2028. That's a lot of hoagies.

To commemorate the milestone, Wawa is offering a special beverage they call "the Wawa Florida Sunrise," with up to $25,000 of the proceeds going toward the Feeding Florida organization. The new drink, available until the end of October, is a diabetic combination of lemonade, orange juice, and strawberry flavoring.

The gas station chain has received some particularly interesting press since joining America's weirdest state, from hosting performance artist Brian Feldman for a shabbat dinner, to hiding secret menus inside their touch screens, and even carrying a Shark Tank product from Port Orange that made a splash in the sandwich world.

This time, it's Texas-based chain Buc-ee's that broke ground on the franchise's first Florida location in Daytona Beach, with DeSantis on hand to sing its praises, alongside owner and influential Republican contributor Arch "Beaver" Aplin.

Looks like another win for fast food and petroleum. Enjoy the mac and cheese.