The launch of Florida's Ritz-Carlton Yacht Collection is delayed, missing the Super Bowl

In an ever-increasing field of contenders, the Ritz-Carlton Yacht Collection is one of the most anticipated new cruise lines. The first vessel of the ultra-luxury boutique cruise line, Azora, was scheduled to launch on Feb. 5, 2020, but earlier this month, the Coconut Grove-based cruise line confirmed that all voyages between Feb. 5 and June 13 have been canceled.

Rumors of a delay first began in August, when a Spanish media outlet began reporting the shipyard building Azora was behind schedule with the cost of 149-suite ship reportedly ballooning, now clocking by nearly $55 million over budget. While speculation ran rampant after the August news report, Ritz-Carlton remained mum on its plans, continuing to sell cruises, then last week it sent emails to passengers on the 14 sailings affected by the delay. 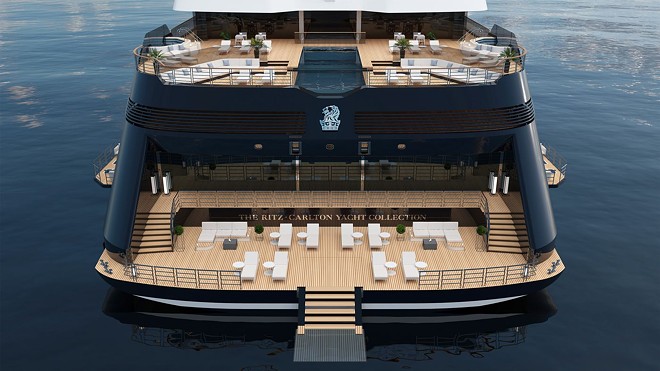 The delay is especially unfortunate since the christening and launch were aligned to take place the same week as next year’s Super Bowl, taking place in Miami on Feb. 2. The postponement also means Ritz-Carlton Yacht Collection’s debut is now pushed to after Virgin Voyages’ maiden voyage in April 2020.

That may give Virgin Voyages more of the media attention surrounding the numerous new cruise lines launching within the next few years. Virgin Voyages, also based out of South Florida, is trying to position itself as an alternative to large cruise lines by offering many of the same all-inclusive benefits as Ritz-Carlton’s cruise line, though with an obvious less-stuffy ambiance.

Delays of this sort are not uncommon with Carnival owned Costa Cruises last month confirming its Costa Smeralda had been delayed. Earlier this year Scenic Group’s expedition vessel, the Scenic Eclipse, was delayed, eventually making its maiden voyage in August. While not uncommon, Azora’s delay is especially troublesome due to the double whammy of this being the first ship for the Ritz-Carlton Yacht Collection and the first cruise ship for the shipyard, Astillero Hijos de J. Barreras, which is better known for its passenger ferries and container ships.

Luckily, Ritz-Carlton has hired very few of the crew members for the new ship with recruitment partner, V.Ships Leisure, hosting a number of hiring fairs in the coming weeks and still listing the majority of crew positions on its website. Thus far, V.Ships Leisure has yet to update its Ritz-Carlton Yacht Collection recruitment page to reflect the delay. Much of the hiring for the South Florida headquarters has already taken place, but it’s unclear how the delayed launch will affect positions there.

Passengers affected by the Ritz-Carlton Yacht Collection delay and cancelation of its first 14 trips are being offered full refunds, for not only the cruise but also for any related air or hotel reservations. These passengers are also able to receive 30% off a future voyage if they rebook by the end of the month, 25% if they rebook by March 31, or 20% if the rebook by Sept. 30, 2020. For refunds on related air and hotel fees valid documentation will be required. All Ritz-Carlton associated refunds will be credited back to the card or form of payment originally used.

Bookings are now open to all Ritz-Carlton Yacht Collections sailings after June 12. 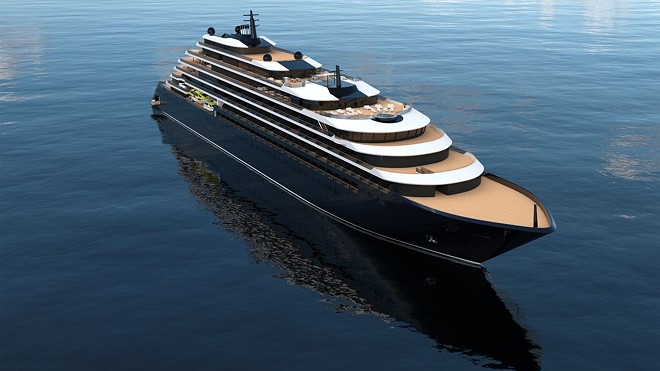