A mother and her 3-year-old fell to their deaths from a hot-air balloon ride in China. Could it happen in Orlando? 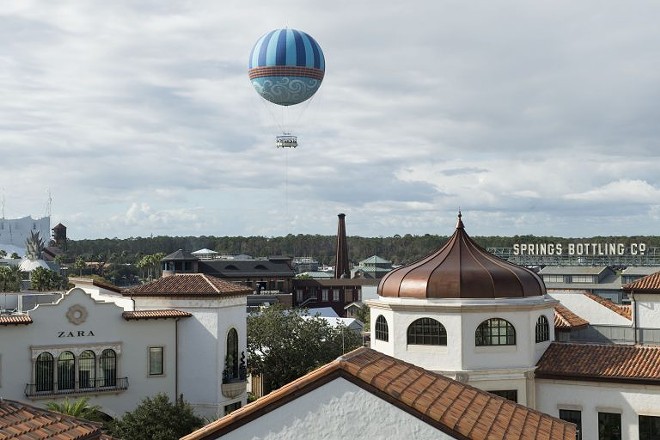 Earlier this month, a mother and her 3-year-old son died in a horrific hot-air balloon accident in China. The two had boarded the tethered balloon at a pop-up tourist attraction. A few moments later, the anchor rope holding the balloon in place slipped off its moorings, causing the balloon to drift further higher, until it reached the lower atmosphere.

The balloon burst after hitting an estimated 10,000 feet, leaving the mother and son to free fall to their deaths, while those on the ground watched in horror.
The operator of the attraction, located in a national, has since suspended operations until a formal inquiry can be completed. Five people have already been arrested.

The accident overshadowed a hot air accident that occurred last week in New Mexico, where two people were injured when a traditional hot air balloon hit a power line, causing a small fire. Last month, seven people were hospitalized when a hot air balloon crash-landed near Las Vegas. In that incident, the pilot was one of two people ejected when the basket tipped over during a landing. Seven others were trapped in the basket as it was dragged along the ground for half a mile before coming to a stop.

In 2016, the deadliest hot air balloon accident in U.S. history occurred in Texas, when a sightseeing balloon filled with 15 passengers and a pilot hit a set of power lines and crashed. All 16 people died. A federal investigation blamed the pilot’s "pattern of poor decision-making" in the crash. 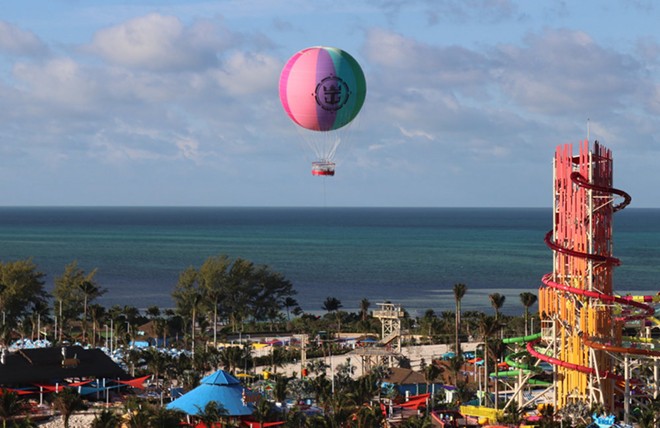 Helium balloon and hot air balloon attractions are common in Florida, with an attraction similar to the one in China operating at Walt Disney World.

A similar attraction recently opened at Royal Caribbean’s private island, Coco Cay. The Disney Springs and Royal Caribbean tethered helium balloon attractions feature a basket-like platform below the balloon, allowing riders to walk around and take in the sights, as it rises 40 stories into the air.

Unlike the unregistered one in China, the Disney Springs balloon includes multiple redundant safety features and has an operator working on board. 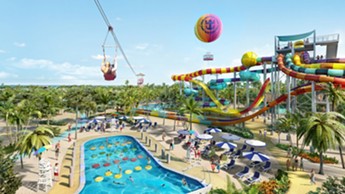 A balloon by the same manufacturer, French-based Aerophile, was involved in an accident at Hong Kong’s Ocean Park in 2012. That accident saw the balloon quickly descend, after a leak was discovered by the operator. After that accident, which sent five people to the hospital, Disney grounded its balloon attractions in Orlando and Paris until the manufacturer reviewed the incident. Nearly a dozen similar balloon attractions operate around the United States.

While the balloon rides at Disney and Royal Caribbean are safer than the one in China, the Chinese accident is eerily similar to a number of parasailing incidents that have occurred in Florida.

In a 2013 accident in Panama City Beach, two parasail riders broke free from their guide boat, flying uncontrollably through the air, before slamming into a building. Onlookers from a nearby balcony attempted to grab the teen girls on the parasail, but the wind-driven parachute quickly yanked them out of reach. After blowing around in the wind, the two teens struck nearby power lines, before crash landing onto a parked car. One of the passengers suffered brain trauma and a cracked spinal cord.

The Panama City Beach accident occurred six years after a similar accident in Pompano Beach, Florida, in which a 15-year-old rider was killed after her tethered line broke and she hit a nearby building. A mother and daughter were killed in a nearly identical accident in 2001 in Fort Myers, after their tethered line snapped, causing them to crash into the ocean. In 2004, another tether line snapped and sent two riders into a power line. Luckily in that case, the two riders were rescued.

Questions of safety around parasailing activities have long been debated, though many incidents involve harness issues and not the tethering. In 2012 a tourist died in Pompano Beach after her parasailing harness broke and a similar incident occurred in Texas in 2015. In roughly the past two decades, there have been six parasailing deaths and more than 3 dozens injuries in Florida alone.

In recent years, there have been more regulations around parasailing. After the 2012 death in Pompano Beach, Florida lawmakers passed a new law focused on operations and safety procedures. The law had been championed by the mother of the 15-year-old girl who died in the 2007 Pompano Beach accident, it is the first law in the nation regulating the parasailing industry. Since then, the number of injuries and fatalities linked to parasailing has declined, but concerns over the industry remain.

The nightmarish accident in China should give everyone pause, but Florida’s sightseeing flying attractions overall are reported to be safe. The safest way to sightsee, however, remains with your feet solidly on the ground. 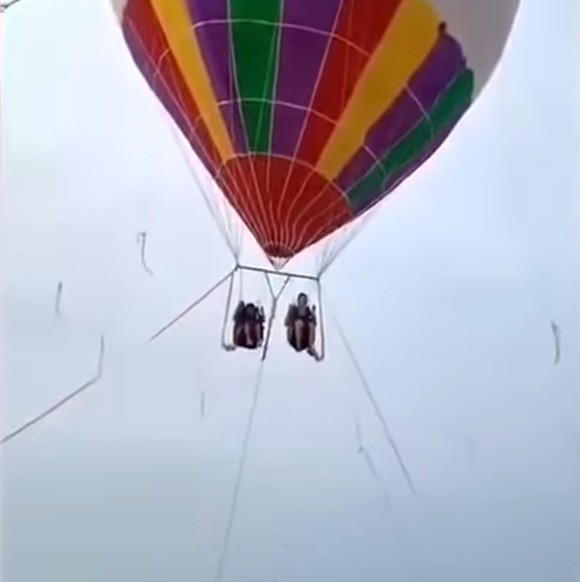