Climb the barricades in our backstage tour of 'Les Miz' at the Dr. Phillips Center

The world's most popular musical about underprivileged Parisians has returned to Orlando. While the current tour of Les Miserables may be missing some iconic original elements, it's still among the most monumental productions on the road, as I learned from my backstage tour of the Dr. Phillips Center during the company's load-in this morning.

Les Miserables arrives for its first area visit since leaving Broadway, having last performed at the Bob Carr in 2012 during the 25th anniversary tour. That staging, like the current one, does away with the classic turntable used in the original production, instead relying on large-scale projections based on Victor Hugo's drawings. 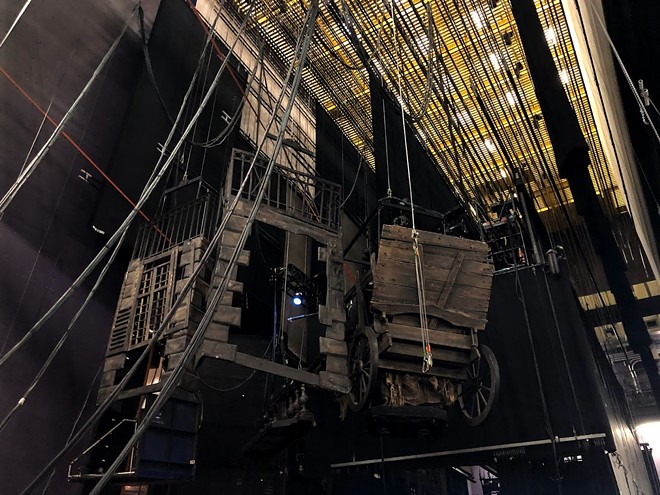 Even without the revolving floor, Les Miz is still a monster to mount, with a team of over 80 people in the company. They are led by company manager Ryan Parliament and production stage manager Jack McLeod, both Florida natives, who shared some behind-the-scenes secrets with me while the crew on stage behind us prepared for the evening's opening performance. Then, I got to live out a lifelong dream and climb the barricades — or at least a bit of the balcony that flanks the stage's proscenium.

Watch this video to hear from the Les Miz production team, and peek behind the curtain as the company prepares for "One Day More" in Orlando.