Orlando International has the longest U.S. customs wait time of any airport in the U.S. 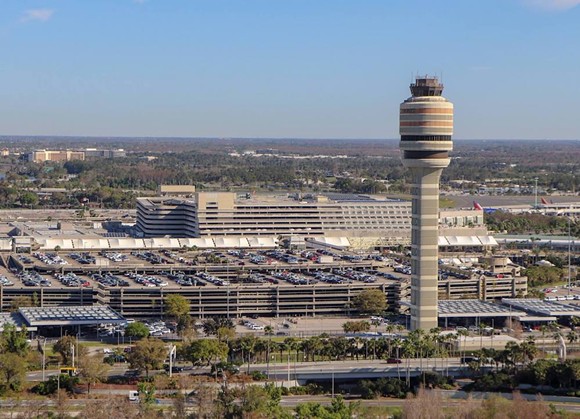 If you've ever taken an international flight to Orlando International Airport and waited through U.S. Customs for longer than usual, you are not alone. In fact, a new study says MCO has the longest customs wait times of any airport in the country.

The report, from United Arab Emirates property website Bayut, found that Orlando International ranks dead last when it comes to processing travelers quickly, with an average wait time of 25.8 minutes. By comparison, Charlotte Douglas International airport, which has about the same number of passengers as MCO at 46 million annually, has an average wait time of only 13.4 minutes, according to Texas travel company Upgraded Points.

MCO processes an average of 120 passengers through customs every 15 minutes, a quarter the number of Chicago's O'Hare International Airport, which manages an average of 485 passengers in the same quarter-hour. O'Hare also handles twice as much overall traffic as Orlando.

"Even though Orlando International Airport is one of the busiest airports, it doesn’t process passengers as quickly or efficiently as O’Hare or Dallas/Fort Worth," says the study.

Orlando International recorded more than 47 million passengers over the 12 months leading up to November of 2018, an all-time high for Central Florida's busiest airport. In the month of November 2018 alone, international traffic spiked nearly 25 percent, reaching a total of 563,110 travelers, and has steadily increased since, according to the airport's website.

Another Florida airport, Palm Beach International, had the shortest U.S. Customs wait time in the nation, with only 4.7 minutes on average, but it only processed about 26,000 people in the last year.

Richard Larson, a psychological expert on lines – yes, that's a real thing – estimates that humans spend 1 to 2 years of our lives waiting in line. So if you're landing after a grueling 10-hour flight, chances are you won't be too pleased to stand around for another half-hour.

"Orlando also ranks among the very slowest airports at processing Labor Day weekend travelers." tweet this
With a record-breaking 6.8 million international tourists in 2018, these wait times will likely increase. The airport's new Terminal C will add 19 gates to the airport in 2021. The $4.2 billion project will expand airport capacity by up to 21 aircraft at once. Phase 1 of the project is expected to be completed in 2021. The terminal complex is expected to accommodate an additional 10 million passengers a year.

The study also ranks Orlando among the very slowest airports at processing Labor Day weekend travelers, in particular. During Thanksgiving and Christmas, most flights are domestic and international travelers usually get a break. Between Memorial Day and Labor Day, arriving travelers can expect wait times as high as 51 minutes.