"What we’re seeing from House Republicans, frankly, is this childish behavior," said Jolly on Saturday. "They’re displaying an arrogance, an anger, an immaturity — they look like fools."

We can't know exactly what Jolly is referring to, but it's probably in reaction to Graham’s recent filing of a formal complaint over the House impeachment inquiry, and the incident from last week where Gaetz and a few dozen other Republicans decided to “storm” a secure room of the Capitol building to interrupt and demand entrance to the hearings.

Of course, this particular publicity stunt was especially pointless since 13 of the Republicans who participated in the protest were actually allowed into the impeachment inquiry anyway. 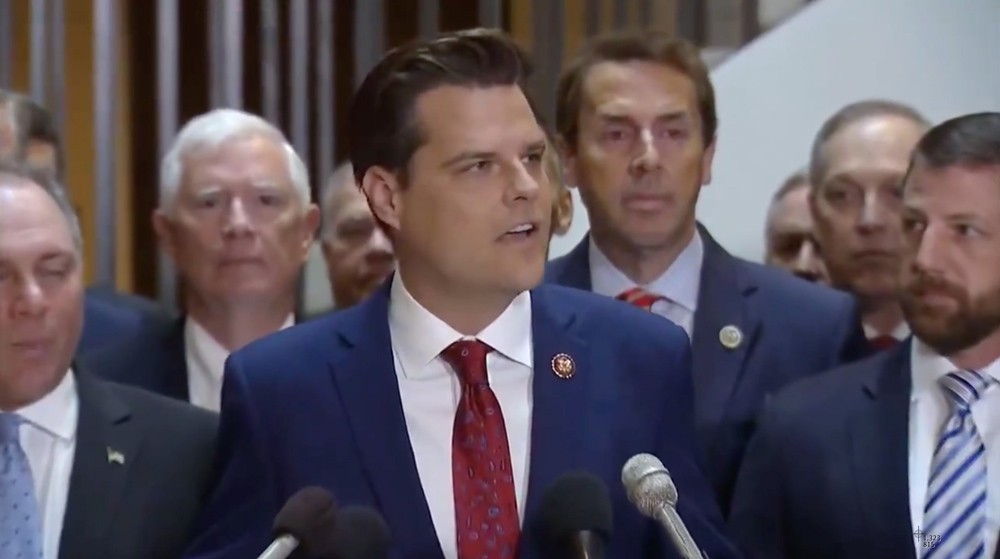 “From Lindsey Graham’s stupidity to Matt Gaetz's stupidity, get that to a concise argument,” added Jolly, saying they should be more focused how Trump’s behavior is unimpeachable.

Jolly represented Florida’s 13th District from 2014 to 2017, when he lost to former governor Charlie Christ.