If Trump is removed from office, Florida pastor says, 'guys that know how to do violence' will hunt down Democrats 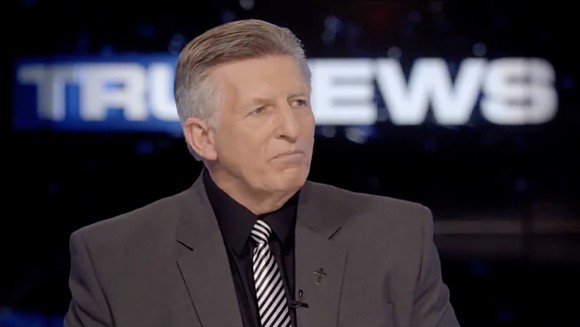 Florida pastor, overt racist and oatmeal-brained conspiracy theorist Rick Wiles warned listeners of his radio program last week that "There's gonna be violence in America" if Democrats are successful in impeaching and removing President Donald Trump from office.

Wiles, who heads the Flowing Streams Church in Vero Beach, made the comments on TruNews that veterans, cowboys, mountain men and some "guys that know how to do violence" would start "hunting down" Democrats.

"If they take him [Trump] out, there's gonna be violence in America," said Wiles. "That's all there is to it.”

Rick Wiles warns that if Trump is removed from office, veterans, cowboys, mountain men, and "guys that know how to fight" will hunt down Democrats and kill them. https://t.co/jhIWqIiLIP pic.twitter.com/oQDCJVZ6Jg

“I believe there are people in this country, veterans, there are cowboys, mountain men, I mean guys that know how to fight, and they're going to make a decision that people who did this to Donald Trump are not gonna get away with it, and they're gonna hunt them down,” the pastor continued.

"The Trump supporters are going to hunt them down," he added. "It's going to happen and this country is going to be plunged into darkness and they brought it upon themselves because they won't back off."

This isn’t the first time Wiles mentioned violence in the context of the impeachment of Trump. Last week on the same program Wiles feared Trump would be “lynched by Christmas,” and last July, Wales stated that “we’re about 72 hours away” from a coup involving a “shootout in the White House as Secret Service agents shoot commandos coming in to arrest President Trump,” and “decapitate” him on the lawn.

Wiles has a long history of wildly homophobic and racist conspiracy theories, like the time he said Hurricane Harvey hit Houston because of the city’s “LGBT devotion,” or the time referred to Obama as a demon from hell, or the time he said Jewish people were planning for world domination at the 2019 AIPAC conference.