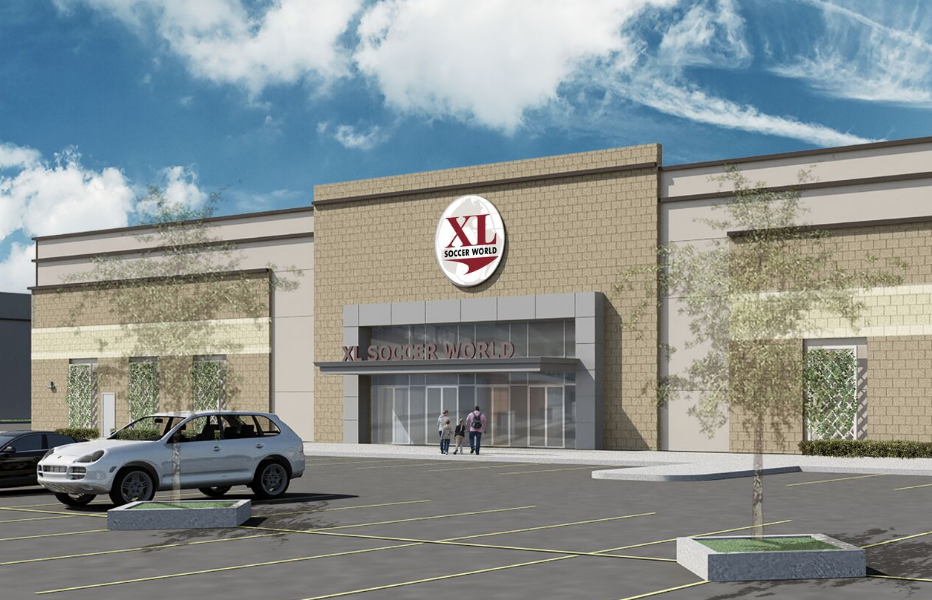 When XL Soccer World opened their first soccer training facility in north Orlando in 2011, they were just beginning an aggressive expansion that has since added six more facilities from Georgia to Maine.

Now the company is looking to expand its presence in the city where it began. A new custom-built, 50,000 square-foot sports center broke ground last week in Lake Nona. First announced in 2018, the facility was to open this year but was delayed as the company focused on expanding its other locations, including a large expansion to its most recent facility in Raleigh, North Carolina.

The upcoming Lake Nona facility will showcase what the company has learned over the past eight years.

Costing an estimated $8 million, the new custom-built facility will include two six-versus-six, 4G synthetic grass fields, and two multi-surface fields. The fields will be able to host lacrosse, flag football, volleyball, and Futsal, which is FIFA’s official form of indoor soccer. Former Manchester United and England player Alan Smith will lead a first-of-its-kind, non-residential, full-time soccer academy. There will also be a variety of other leagues and programs for all ages. While the north Orlando facility has a small pub area, the Lake Nona soccer-themed pub will provide soccer fans with 20 large flat screens playing live matches from around the world.

The essential Lake Nona restaurants you should try right now
By OW Staff
Blogs
This second XL Soccer World, with its Alan Smith soccer academy and state-of-the-art training facility, helps Orlando legitimatize its claim as the nation’s sports media capital. Beyond the tourism-related sports growth, which has been successful with additions like Disney’s ESPN Wide World of Sports and numerous sporting events, Lake Nona has been at the forefront of its permanent sports offerings.

The planned community, while better known for its medical village, already hosts an ever-expanding offering of sports facilities, including the USTA National Campus, Johnson & Johnson Human Performance Institute, Orlando City SC’s training facility, Nona Adventure Park, and the world’s first Drive Shack driving range. All of that has opened within the past three years.

XL Soccer World Lake Nona will open by the summer of 2020 and be located off Narcoossee Rd., less than one mile south of SR 417, near Valencia Community College’s Lake Nona campus and Lake Nona Landing shopping center. A sports-focused, spa-like resort overlooking a man-made crystal lagoon is also scheduled to open in Lake Nona next year with more sports offerings already in the works.